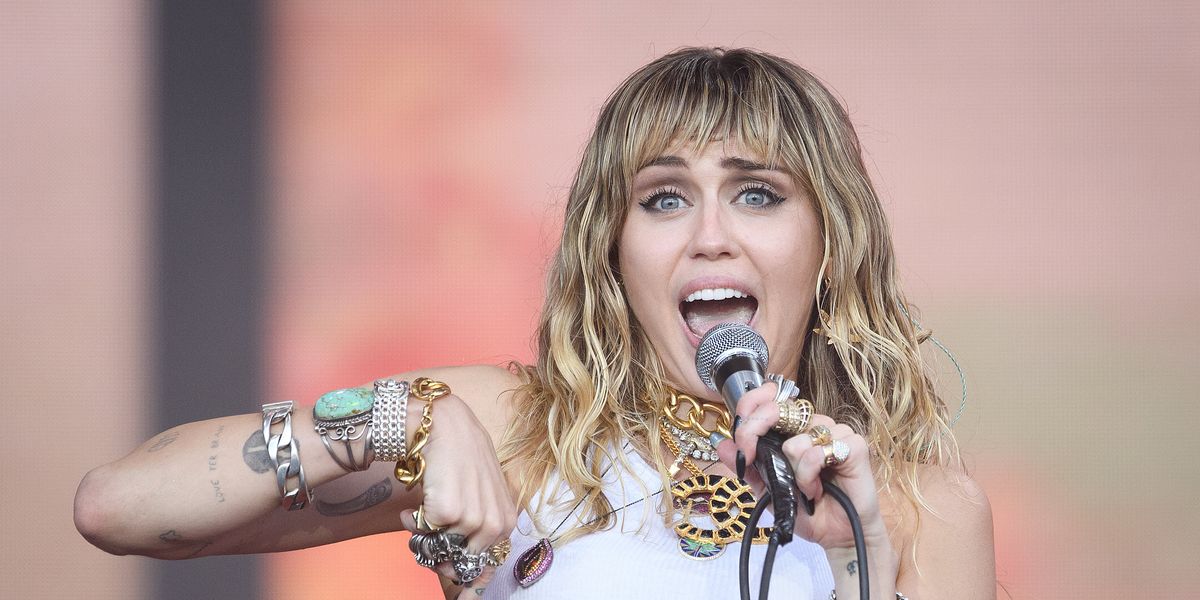 Miley Cyrus is adding her name to the list of celebs who've apparently had an alien encounter.

In a new piece for Interview, the star opened up about the extraterrestrial experience to Rick Owens and explained that it all went down while she driving through San Bernardino with a friend.

"I got chased down by some sort of UFO," she revealed. That said, while Cyrus admitted that "it could have been the weed wax" she bought "from a guy in a van in front of a taco shop," she did go on to say that she was "pretty sure about what [she] saw."

"The best way to describe it is a flying snowplow," she continued. "It had this big plow in the front of it and was glowing yellow. I did see it flying, and my friend saw it, too. There were a couple of other cars on the road and they also stopped to look, so I think what I saw was real."

And though most people would've noped the fuck out of there, Cyrus said that she "didn't feel threatened at all."

"But I did see a being sitting in the front of the flying object," she recalled. "It looked at me and we made eye contact, and I think that's what really shook me, looking into the eyes of something that I couldn't quite wrap my head around."

Naturally, she said that she was "shaken for, like, five days" after the sighting.

"It fucked me up," Cyrus said, before adding, "I couldn't really look at the sky the same. I thought they might come back."