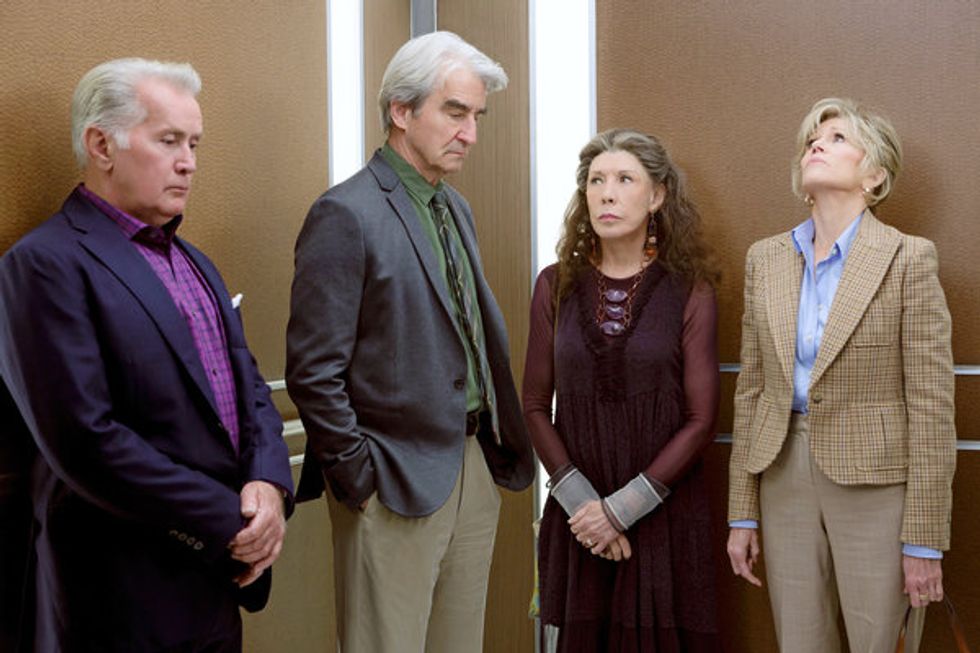 by Eric Thurm
PAPERMAG
Netflix's Grace and Frankie, which stars Lily Tomlin and Jane Fonda (in an almost-9 to 5 reunion) as frenemies forced to support each other when their husbands (Sam Waterston and Martin Sheen) come out as gay and plan on marrying, was just renewed for a second season. According to executive producer Marta Kauffman (one of the creators of Friends), that decision might have been in part due to an unlikely source: Miley Cyrus, who tweeted in support of the show recently. All power to Miley Cyrus!