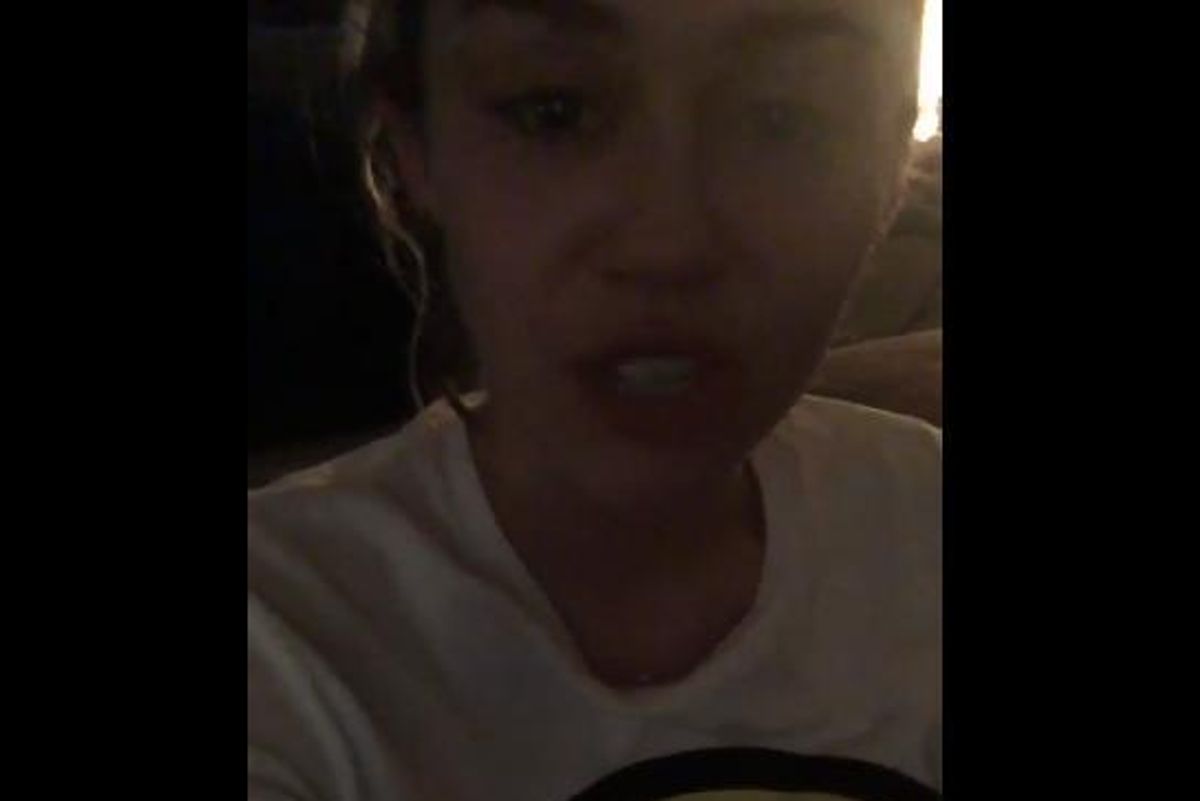 Miley Cyrus, staunch LGBT ally, human rights activist, and Hillary Clinton supporter, took to Twitter early this morning to post a tearful, gut-wrenching post-election decompression, and in doing so, captured all of our sentiments, exactly.

I voted today for @HillaryClinton ❤️💙❤️💙 I am so proud of all of you who did the same! #imwithher pic.twitter.com/AKTuhmEqui
— Miley Ray Cyrus (@MileyCyrus) November 8, 2016

In the clip, Cyrus reaffirms her faith in Clinton's potential to be the first female president, and grieves how many decades of public service led up to this moment, and how it was--so shockingly--defeated.

"I believe her when she says that she loves this country," Cyrus says of Clinton--"this is all she's ever done; she's given her life to make [the country] better."

She then pulled the irony of Trump playing The Rolling Stones' "Can't Always Get What You Want" after his victory speech (why'd you have to take that from us, too, Donald?), and how she, as a self-proclaimed Happy Hippie, must roll with the tide:

"Happy Hippies--we adjust and accept everyone for who they are. So, Donald Trump, I accept you. And even--and this is hard to say--accept you as the president."

Cyrus remains hopeful that Trump will step up to the plate, and went on to thank President Obama for his 8 years of excellence.