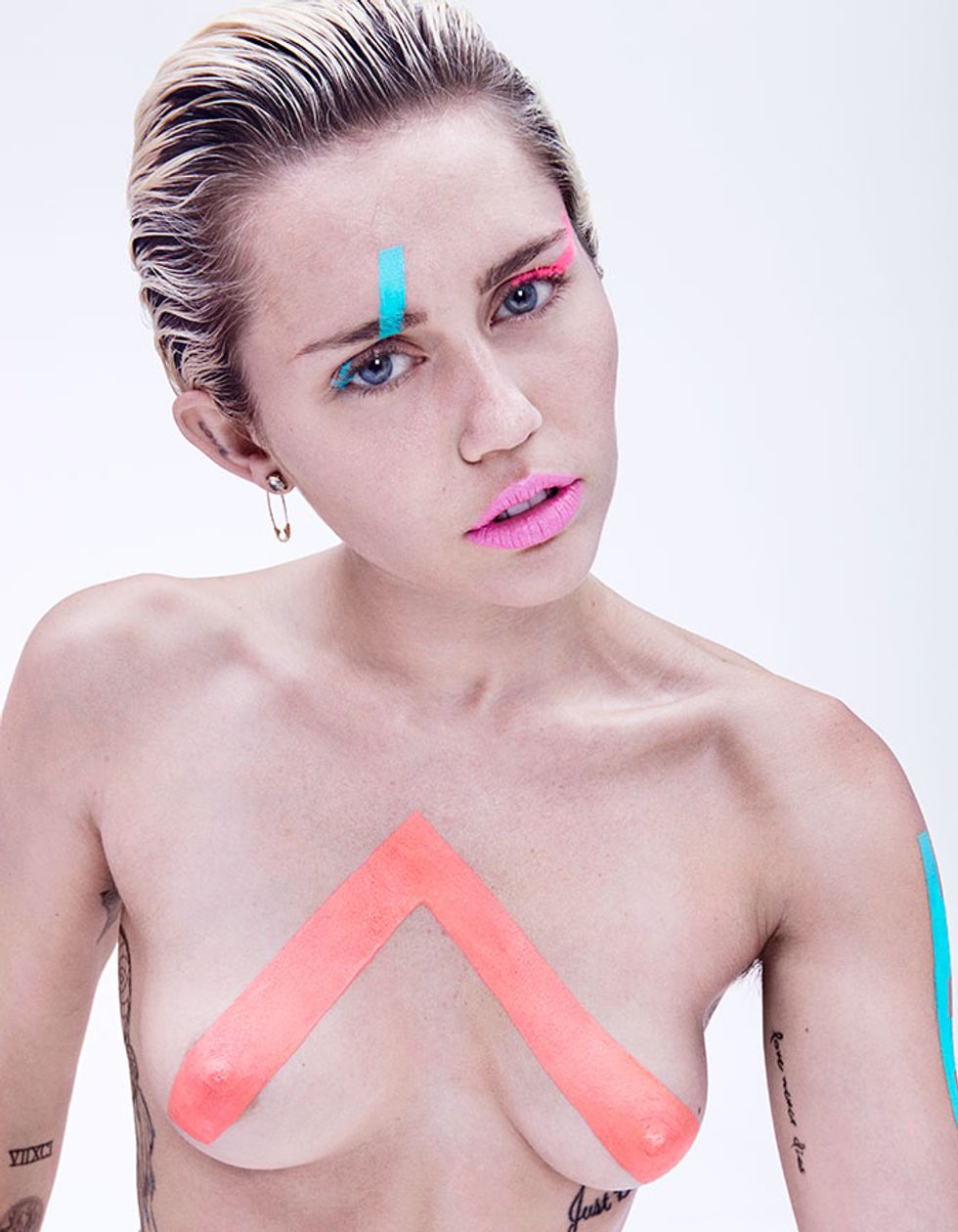 Our current cover star Miley Cyrus is one of the few celebrities who continue to speak up about the problematic industry she grew up in -- and her new cover interview with Marie Claire zeroes in the negative effects Hollywood beauty standards have had on her personally, including body dysmorphia and anxiety.
Introduced to the world as fictional pop star Hannah Montana back in 2006, Cyrus explained that a lot of her body image issues stem from the toxic beauty standards she had to grapple with as a child star on the cusp of puberty.
"From the time I was 11, it was, 'You're a pop star! That means you have to be blonde, and you have to have long hair, and you have to put on some glittery tight thing,'" she said. "I was told for so long what a girl is supposed to be from being on that show."
"I was made to look like someone that I wasn't," she continued explaining. A fact that resulted in some body dysmorphia when the show ended in 2011 as, "I had been made pretty every day for so long, and then when I wasn't on that show, it was like, Who the fuck am I?"
However, it's evidently influenced the way she thinks now, as Cyrus has become one of the most vocal proponents for alternative beauty, gender equality and feeling proud of your body -- doing things like growing out her armpit hair, dying it pink and protesting female nipple censorship.
"I'm probably never going to be the face of a traditional beauty company unless they want a weed-smoking, liberal-ass freak," she said. "But my dream was never to sell lip gloss. My dream is to save the world."
[h/t Marie Claire]