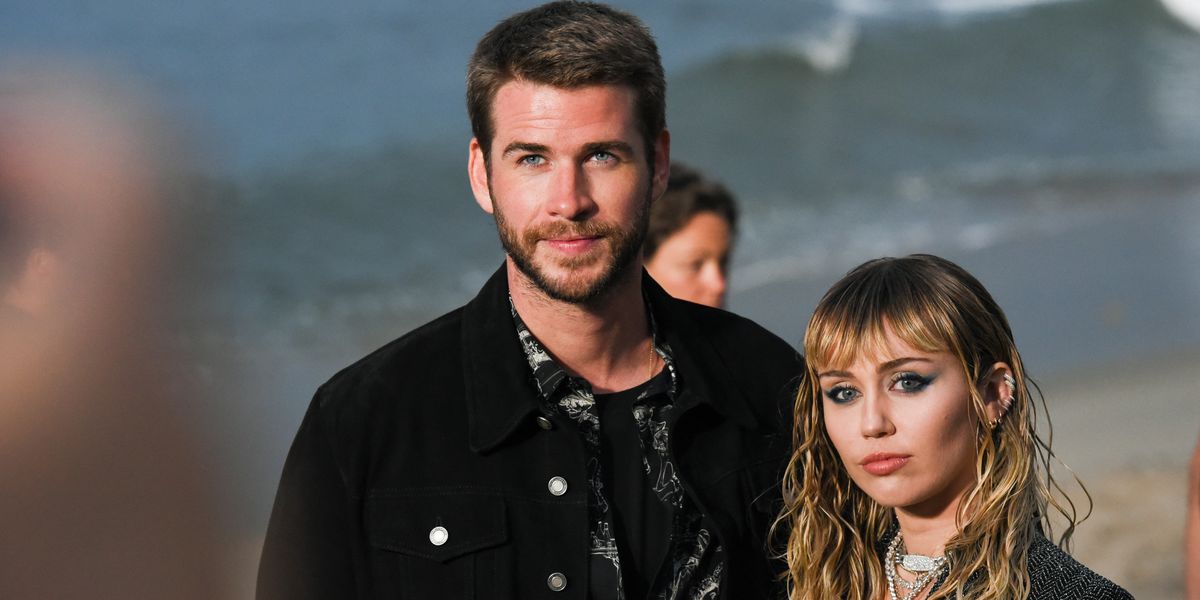 We only found out about Miley Cyrus and Liam Hemsworth's break up this week, when reps confirmed the split to People and Hemsworth later issued a statement on Instagram. But it would seem the on-off couple, who got married in 2018 after ten years of dating, have actually been separated for a while. Miley just went ahead and dropped a song explicitly about moving on from a long term relationship, and there's no way she wrote, recorded, and released it while simultaneously making out with Kaitlynn Carter in Italy.

"Slide Away" is very sad and very catchy — an excellent addition to Miley's break up bop oeuvre. It's also explicitly about Hemsworth, who she famously met on the set of The Last Song in 2008. The lyrics detail how they grew apart over time: "Move on we're not 17/I'm not who I used to be/ You say that everything changed/ You're right, we're grown now."

Depending on which tabloid you read, Miley and Liam's break up was either amicable or explosive. Hemsworth's chill-but-poignant Instagram statement wishes Cyrus "health and happiness," but he's reportedly hurt by the paparazzi photos of her hooking up with Carter. Some outlets say that Miley's wild behavior drove Liam away from the relationship, while others argue it was Liam who was unwilling to put aside the drinking and drugs. Their friends and family supposedly expect them to get back together eventually, and it's true that we're yet to hear anything about a formal divorce.

What is the truth? We can only analyze the lyrics of this song and ponder. Listen to "Slide Away" by Miley Cyrus, below.