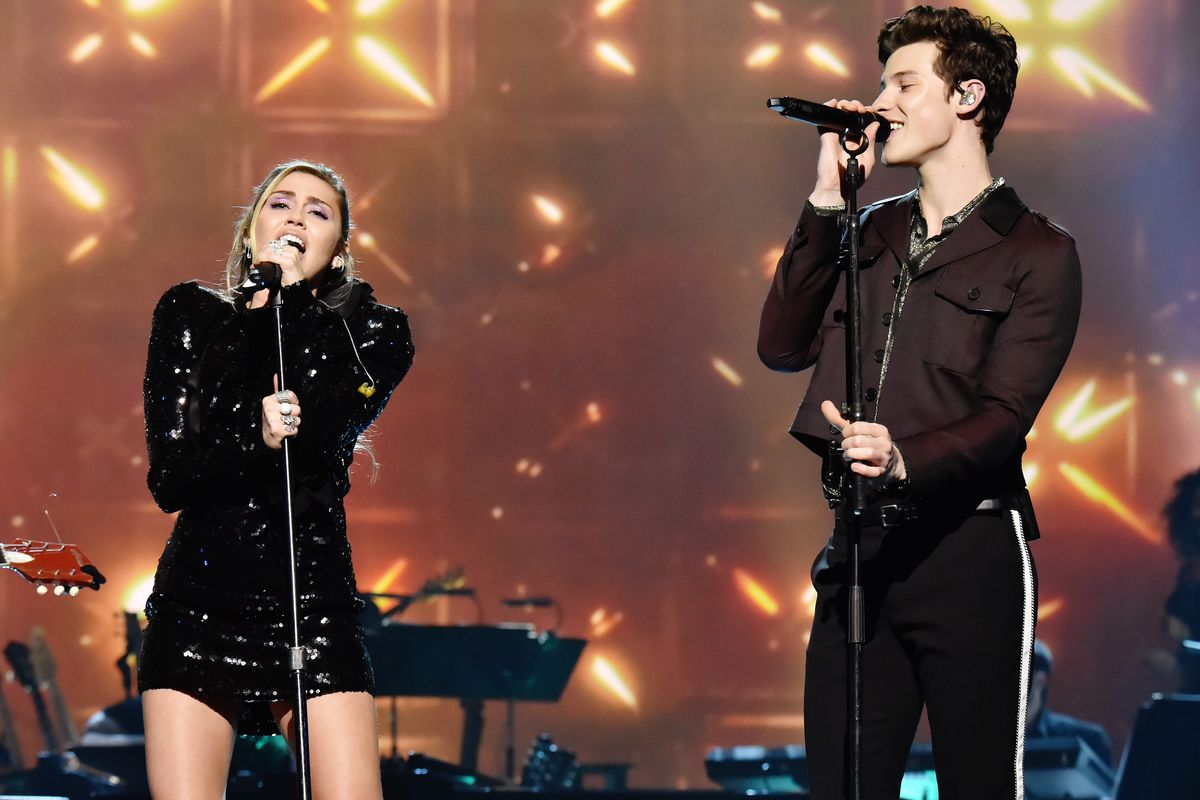 The moment we've all been anxiously waiting for has finally arrived: Miley Cyrus and Shawn Mendes's duet. After causing an Internet fan freakout from all the teasing on Friday, the two singers performed their rendition of "Islands In The Stream" as a tribute to Miley's own godmother, country legend Dolly Parton at the MusiCares gala on Friday night.

Miley Cyrus on Instagram: “🖤🖤🖤 this could be the year for the real thing 🖤🖤🖤@recordingacademy @shawnmendes @dollyparton”

Apparently, the duet was Miley's idea, and she needed to slide into Shawn's DM's to set the collab up. She told Variety, "I actually sent him a DM and said I don't know what you're trying to do next because I've actually been in his position in his career too before where you're someone who I think is trying to fit into pop music and you want to be played on pop music but you don't want to be conformist and you want to do your own thing." She continued, "I love the way that he always kind of plays alternative pop because it's something that I love to do."

Watch Variety's video of Miley Cyrus and Shawn Mendes' "Islands In The Stream" duet for MusiCares gala below.