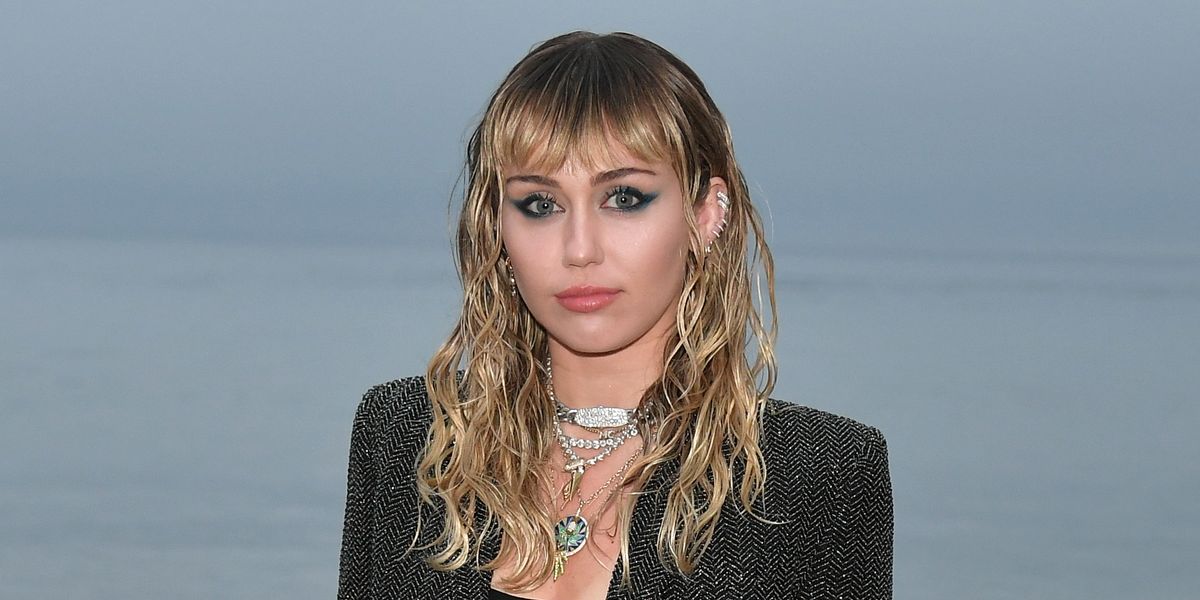 Miley Cyrus Reveals She Was Attracted to Girls ‘Way Before’ Guys

Miley Cyrus is opening up about her past relationships and formative sexual experiences on the heels of her break up with Cody Simpson.

In honor of the release of her new song "Midnight Sky," the star — who identifies as pansexual — recently appeared on an episode of Barstool Sports' "Call Her Daddy" podcast to reflect on everything from her dating desires to the interpersonal dynamics that led her to believe that she's better suited to having a relationship with a woman.

Related | Miley Talks Being a "Queer Person in a Hetero Relationship"

"I always thought that the female characters in movies were way hotter than any of the guys. I actually never really understood what these girls were doing with these, like, idiots," she shared, before talking about her first-ever hook ups: "When I was like 11 or 12, my friends were starting to kind of like tell me what they were doing with guys and I didn't really understand it, so I got most of my girlfriends to hook up with me. The first time I ever hooked up with anyone was with a girl. Two of them."

In fact, the first time she went "all the way with a dude" was when she lost her virginity to ex-husband Liam Hemsworth at 16 — though she admitted she "lied [to Hemsworth] and said that he wasn't the first, so I didn't seem like a loser."

Not only that, but Cyrus went on to say that she always felt as if "female relationships [made] more sense to me," as "the role that I was in made more sense."

"Because it was like, well, there's not going to be this weird thing that like I paid for everything and whatever...that's just like a stereotype, too. Like, if I'm going to be with a girl, I'm totally down to be with, like, a boss bitch that's as successful or more successful than me—that's cool, too," she said. "But, I felt like the women that I end up being around, the role fit easier for me because, like, even in my relationship with men, a lot of the times, I kind of hold a more dominant space, and so it felt like that made it less uncomfortable."

Granted, this was also something that made her realize that she was choosing partners — particularly male ones — "out of anxiety."

"I don't want to choose who I'm going to be with out of anxiety of fear or stereotype because that's not anything that I represent or believe in is like the stereotype," she shared. "So, it's like I need to find a guy that's confident enough in himself that he's ok that I am kind of like masculine and strong and there's a lot of qualities to me that tend to like associate more with the male role."

Listen to Cyrus's entire interview, below.