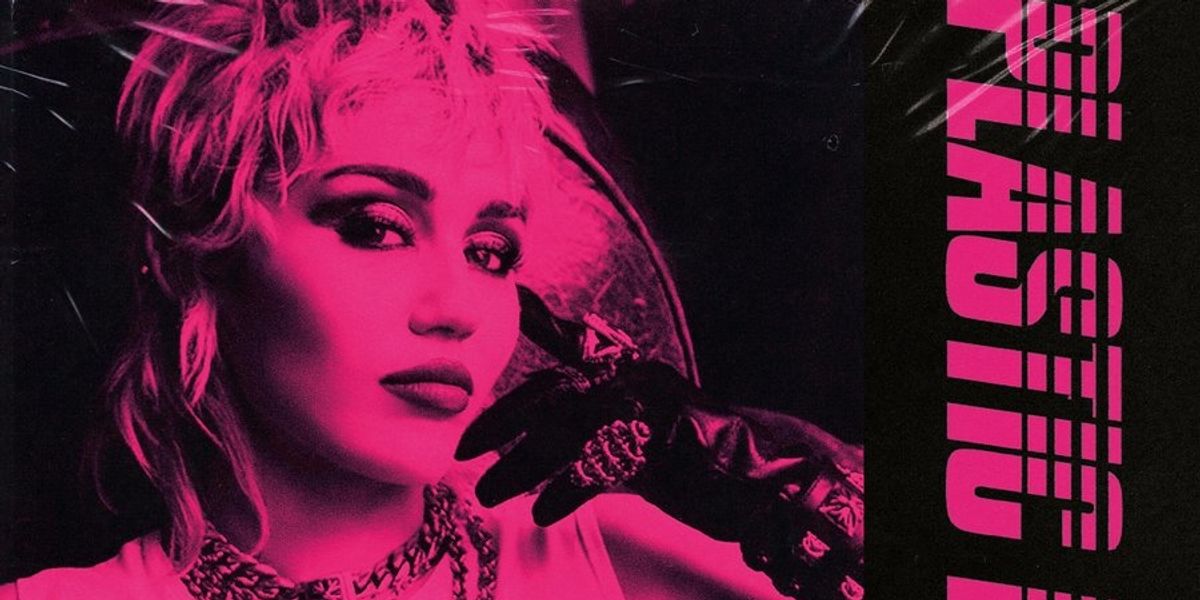 All hail Miley Cyrus' bleach-blonde mullet era! The pop star is releasing her much-anticipated '80s rocker-influenced Plastic Hearts album on November 27, and she just unveiled the cover art alongside a tracklist full of hot collabs from past and present.

Related | Miley Cyrus Was 'Chased Down' By a UFO

You're already familiar with the perfection that is "Midnight Sky" and its Stevie Nicks remix, but get ready for two other old school collabs: "Night Crawling" with another hair icon, Billy Idol, and "Bad Karma" feat. none other than Joan Jett.

There's also a little something for the 2020 pop girlies: a collab with Dua Lipa called "Prisoner." We simply cannot wait.

Though she's been steadily releasing singles, Plastic Hearts will be Miley's first full-length release since 2017's excellent Younger Now. A lot has happened in her life since then, including "Cattitude," marriage and subsequent divorce.

We can't wait to hear it all translated into music! The album is out on Black Friday.