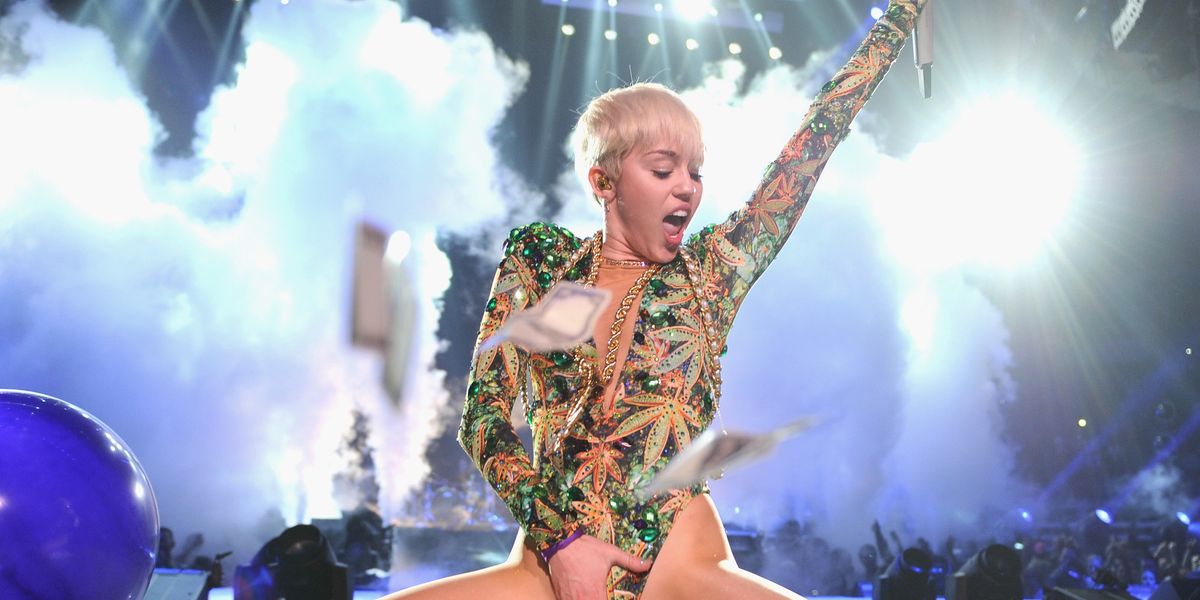 Miley Cyrus Is Not Sorry For Posing Topless in 2008

Where were you on April 29th, 2008? Outraged over a 15-year-old Miley Cyrus, then starring in hit Disney Channel show Hannah Montana, appearing backless in Vanity Fair in nothing but a strategically draped sheet? That's what I thought.

10 years ago yesterday, Miley Cyrus was forced to apologize after the public was offended by a minor and child star being over-sexualized by a major magazine. Back then, Disney said notable photographer Annie Leibowitz had forced Cyrus into the shoot concept to sell magazines, though VF denied such accusations.

"For Miley Cyrus to be a 'good girl' is now a business decision for her," a Disney executive told the New York Times. "Parents have invested in her godliness. If she violates that trust, she won't get it back."

Some may argue that the backlash to the pic was the catalyst for Cyrus' dive into onscreen nudity and sexuality reclamation throughout her polarizing twerking-filled Bangerz period five years later, but that's just speculation. And while Cyrus may have been sorry then, she's not anymore.

The world has certainly changed in the last 10 years.