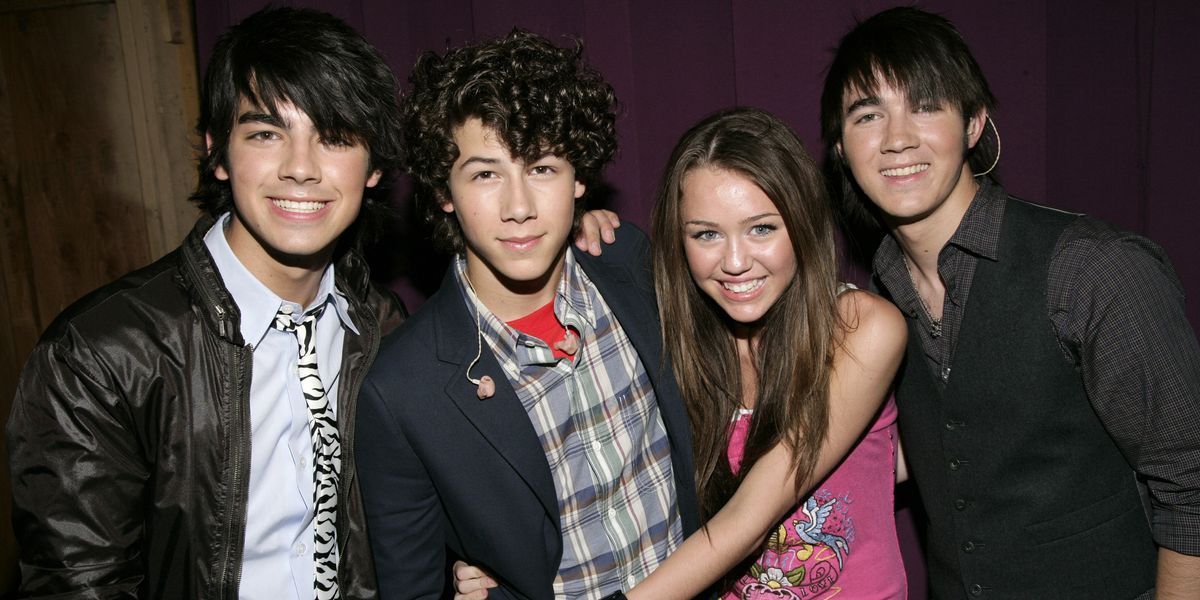 Nick Jonas and Miley Cyrus Still Love Each Other

Long ago, way back in the distant year of 2006, Nick Jonas and Miley Cyrus fell in love. Their brief but dramatic romance was one for the ages: Cyrus had competed with fellow Disney Channel teen Selena Gomez for the youngest Jonas brother's affections, and won. She got to be Nick's first kiss! The two dated for more than a year, then broke up amidst cheating allegations on both sides. Cyrus penned the angsty Julia Stiles-inspired track "7 Things" about it.

Both parties eventually moved on — Jonas is now married to Priyanka Chopra, Cyrus to Liam Hemsworth. Those two recent weddings have definitely got us nostalgic for the era of Camp Rock and Hannah Montana, especially with both Cyrus and the Jonas Brothers releasing new music this year. We might not be alone: Nick Jonas has revealed he still cares about Cyrus a lot, and looks back on their relationship fondly.

During an interview on Apple Music's "Chart" radio show on Monday, Jonas talked about growing up with Miley and praised her vocal abilities.

"We had a song with her back in the day called 'Before the Storm,' which is my favorite catalogue song of the Jonas Brothers," he recalled. "And at that point she was 16 and she was singing her ass off. So, it's no surprise now that people are coming around to [her talent]. But I'm sitting around going, 'Told you so.'"

Cute! Cyrus also appears to be on good terms with her ex, and recently commented on one of Chopra's Instagram posts, too. ("Pretty! Love," she wrote). Weirdly, Chopra and Hemsworth were recent co-stars in Rebel Wilson's anti-romcom Isn't It Romantic?

Reminisce about your famous ex while watching the video for "Sucker" by the newly rebooted Jonas Brothers, below.