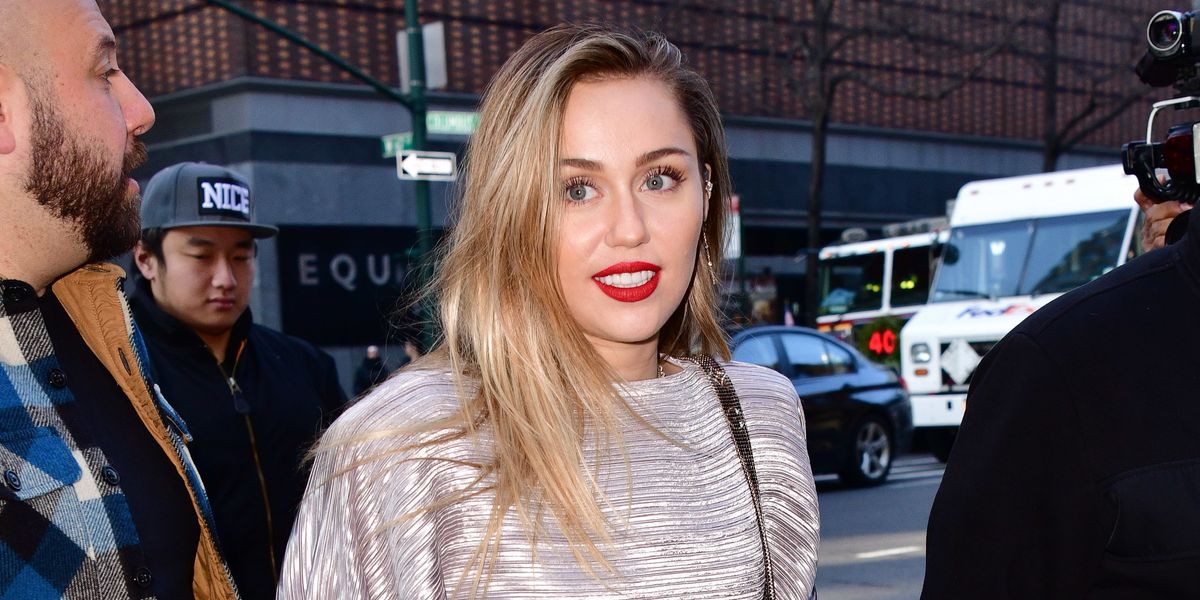 Remember Bangerz? Of course you do. Miley Cyrus made sure we all took in her merging of psychedelic stoner imagery, the gaudy excesses of hip-hop culture, and earwormy, seismic bops that were everywhere.

Cyrus then continued her Disney-shattering image overhaul with a psych-rock Dead Petz release, which saw her collaborating, rather fittingly with Wayne Coyne of The Flaming Lips, and all the while, we'd grown accustomed to the idea that she was "just being Miley."

So when she stripped it all back, newly sober and in love again, for the country-themed, Dolly Parton-endorsed Younger Now in 2016, we were both admittedly confused, and just rolling with it. And while the album yielded minor hits in the sublimely catchy "Malibu" and "Younger Now," it didn't make as much of a splash as Miley loyalists would've hoped. There wasn't even a tour to promote the record.

Related | Miley Cyrus Returns in 'Nothing Breaks Like a Heart'

Maybe Cyrus is returning to form, though, at least musically speaking and image-wise. She sang in Mark Ronson's latest song and in the video, showed off a literally "cheeky" leather jacket moment while leading cops on a high-speed chase. While promoting that with Ronson, she confirmed in a new New York radio interview that she is back in the studio with Mike WiLL Made-It, the producer and hitmaker who played a major role in crafting Miley's edgier hip-hop-influenced sound on Bangerz. Cyrus also said her next record will be produced by Ronson, Mike WiLL, and Andrew Wyatt of Miike Snow.

"I think this ['Nothing Breaks Like A Heart'] is a nice introduction to the sound that we've got going on with the next record," Miley said in the interview. "Mine is a little heavier than ['Nothing Breaks Like A Heart']. A song that he and I have done together is more rock driven, modern Debbie Harry or Joan Jett. Then we've got songs with Mike WiLL that lean more hip-hop and songs with Andrew Wyatt that lean more pop [and] alternative. I just have kind of everything."

Additionally, Miley and Ronson appeared on Beats 1 earlier today, to confirm that they'd both have new full-length albums out in 2019. Good news, as we'll soon know what is in Miley's bag of tricks this go-round, as she expects her album to be out by June next year.