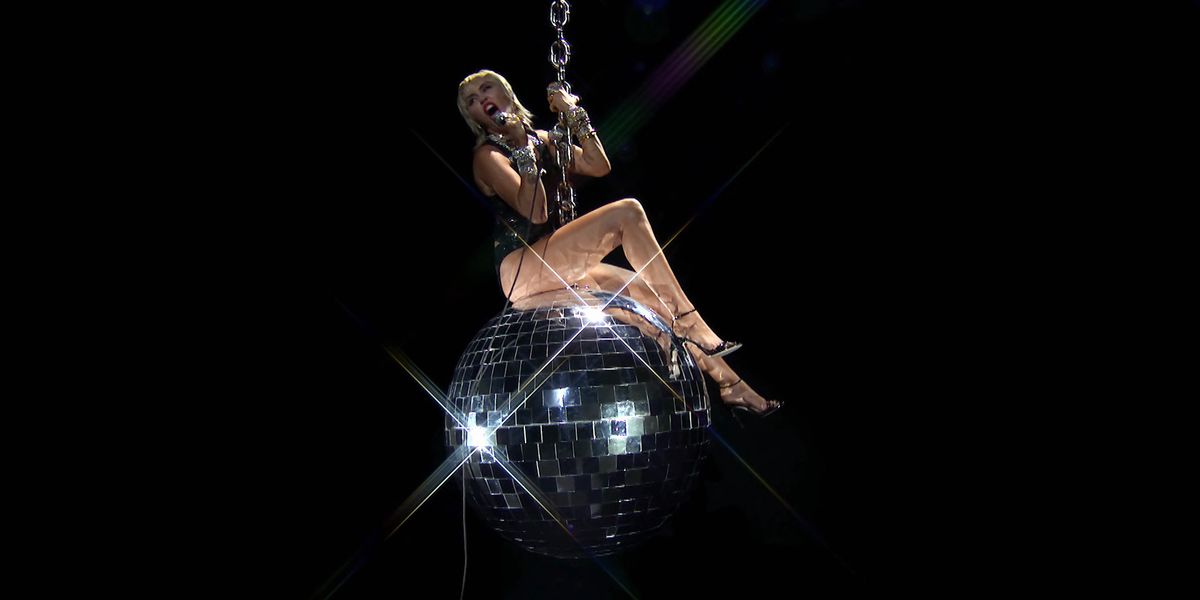 Miley Cyrus Rode a Disco 'Wrecking Ball' at the VMAs

As far as iconic VMAs moments go, Bangerz-era Miley Cryus twerking on Robin Thicke and doing unspeakable things to a foam finger with giant teddy bears dancing around them is certainly up there. Memorable if not polarizing, this watershed moment in Cyrus' career distanced herself from the wholesome Disney Channel image we had come know her by and fully unleashed the wild child we've all come to know and love.

Seven years later, Cyrus returned to 2020's socially distanced VMAs stage for a monochromatic performance of "Midnight Sky," complete with an update on one of the most enduring images to come out of Bangerz. Armed with only a mic stand and a circular stage until three quarters of the way through the song, Cyrus then ascended a staircase to mount a massive, shining disco wrecking ball.

A not so subtle nod to the music video for "Wrecking Ball," the glitzed up moment that Cyrus delivered was one of the night's early standouts. Cyrus was nominated for two awards, Best Art Direction and Best Editing, both for "Mothers Daughter," featuring Aaron Philip.