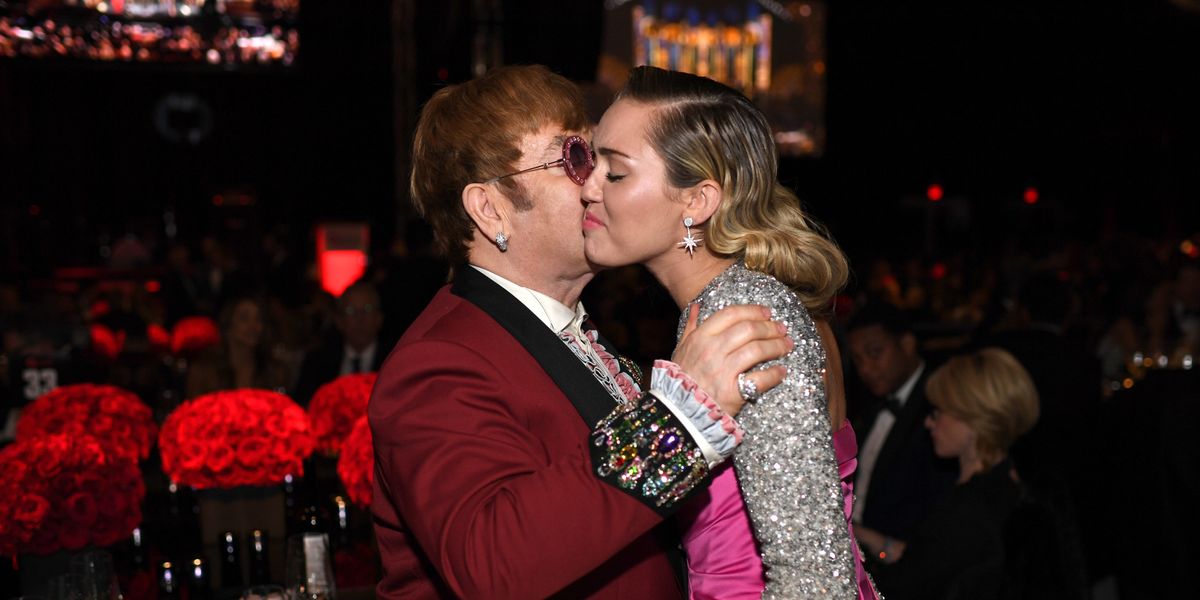 To celebrate Elton John and his longtime writing partner, Bernie Taupin, two albums will come out next month reworking some of the pair's most classic tracks.

One album, Revamp, will invite pop and rock artists to contribute, while the other, Restoration, will focus on country. Both albums will come out April 6.

Among the star-studded list of contributors on Revamp are Lady Gaga covering "Your Song" and Miley Cyrus reimagining "Don't Let The Sun Go Down On Me." Incidentally, Cyrus is the only artist with music appearing on both albums — she'll also cover "The Bitch Is Back" on Restoration.

Elton's only physical appearance on the records will be alongside P!nk and Logic in a reworking of "Benny and the Jets."

"It's always a huge compliment when an artist loves your song enough to take the time and effort to rework it," Elton said in a release. "As songwriters, Bernie and myself are thrilled when singers we admire and respect as much as those on Revamp & Restoration choose to add their own unique twist in the process."

Other artists involved on the album are include Sam Smith, Ed Sheeran, Coldplay, The Killers, Alessia Cara, Florence And The Machine, Mary J. Blige and Demi Lovato.