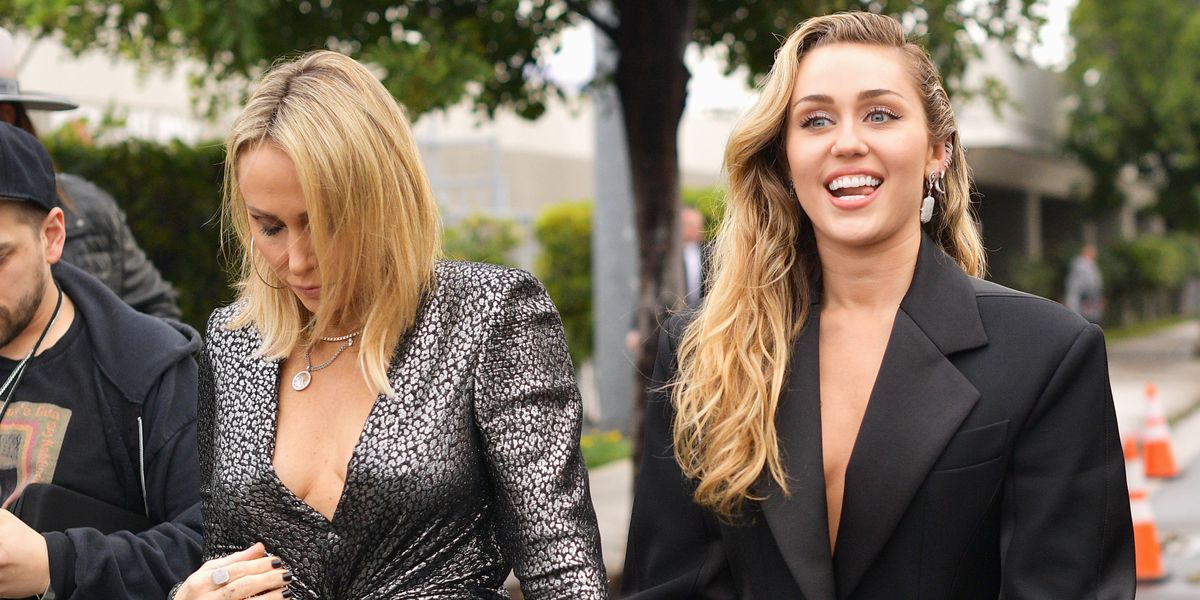 The aftermath of Miley Cyrus and Liam Hemsworth's break up keeps getting more confusing. After being photographed kissing The Hills star Kaitlynn Carter in Italy just hours after confirming the split with her long term partner, Cyrus has continued to spend time with her rumored new love interest — she also released a catchy new song about heartbreak. Now it looks like she's introducing Carter to the parents. Are things... getting serious?

Billy Ray was admittedly nowhere to be seen, but Tish Cyrus ate lunch with Miley and Kaitlynn in Los Angeles over the weekend, Page Six reports. They're calling the meet up a "girl's day out," but there's more to it than that, right? Cyrus is pretty open about her attraction to women, and those paparazzi photos from Lake Como don't lie. People sources say the relationship is "romantic" but "also a friendship," which is ambiguous as hell.

We also know that Carter, like Cyrus, is recently single. She split from her husband Brody Jenner two months ago. (On social media, Jenner seems oddly unfazed by her moving on so quickly.) For his part, Hemsworth issued a statement wishing his ex the best, but there are reports that he's angry and hurting behind the scenes.

We can probably expect to see more of Cyrus and Carter hanging out in LA over the next few days — they're definitely not hiding from the cameras. Hemsworth, not so much — he and Cyrus have a house together in Malibu, but the Australian actor is currently sheltering in Byron Bay with his brother Chris, presumably until the media storm over his break up blows over. Whenever that might be.