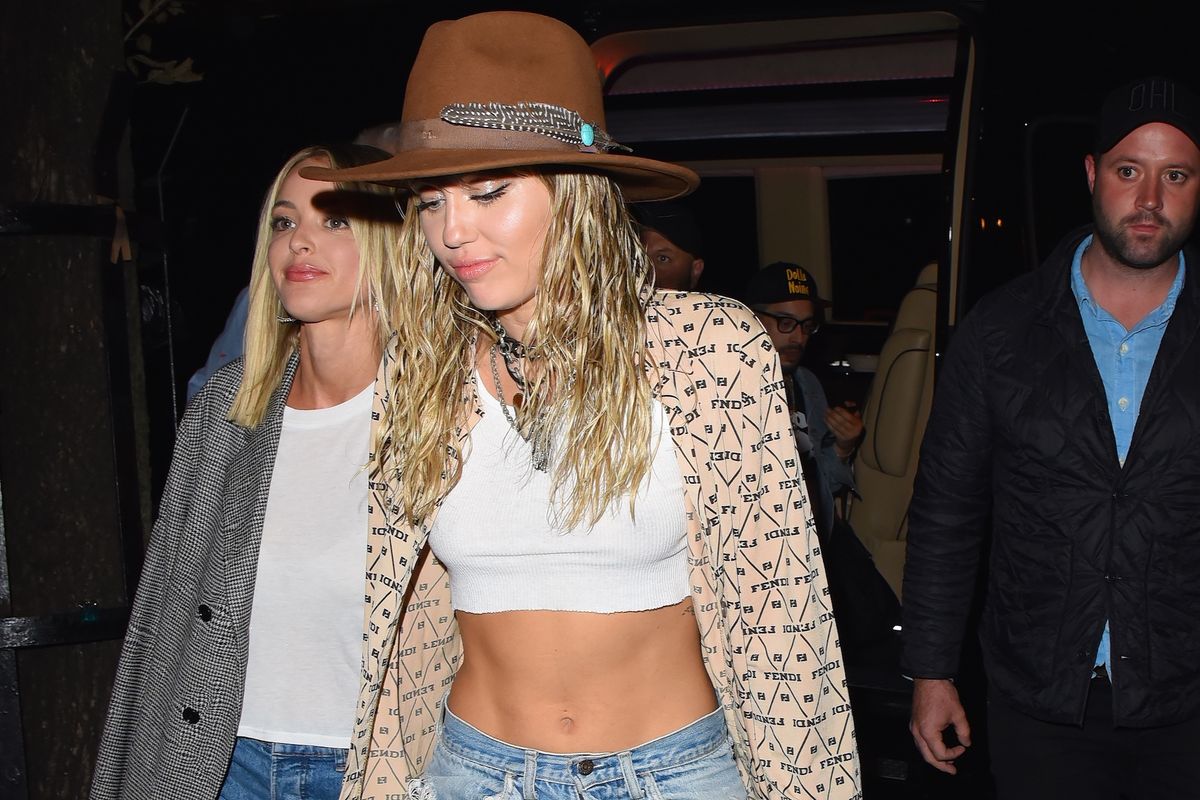 Miley Cyrus and Kaitlynn Carter Moved in Together

We've all been putting it off, and that's okay, but it's finally time to start seriously googling the name "Kaitlynn Carter." Carter and Miley Cyrus have officially moved in together, after Cyrus's longtime partner Liam Hemsworth filed for divorce last month. So it would appear that things are... serious? Who the hell is this woman?

Carter, to save you the trouble, is a blonde blogger-influencer type with a fledgling skincare brand who does not have a Wikipedia page and is perhaps best known as Brody Jenner's girlfriend in The Hills: New Beginnings. (Jenner is the son of Caitlin Jenner and actress Linda Thompson; you probably remember him from the original Hills series, as Lauren Conrad's boyfriend.) Jenner and Carter got married in 2018 but recently split up on what seem like fairly amicable terms.

Carter and Jenner were reportedly good friends of Hemsworth and Cyrus, with the two couples spending time with each other socially over the past year or so. Just as Liam and Miley announced their separation, Cyrus and Carter were photographed kissing on vacation in Italy. Hemsworth was reportedly blindsided by the photos, and it's thought that's why he filed for divorce so quickly. Drama!

Now Carter and Cyrus are "very happy" to be living together, according to People. Miley is "doing great," has "no regrets," and "loves being with Kaitlynn," says a source.

This isn't Carter and Cyrus's first big relationship milestone — Miley introduced her to her mom last month, when the three of them grabbed lunch together in Los Angeles. It's only a matter of time before Cyrus drops the love song, and we're kind of excited.