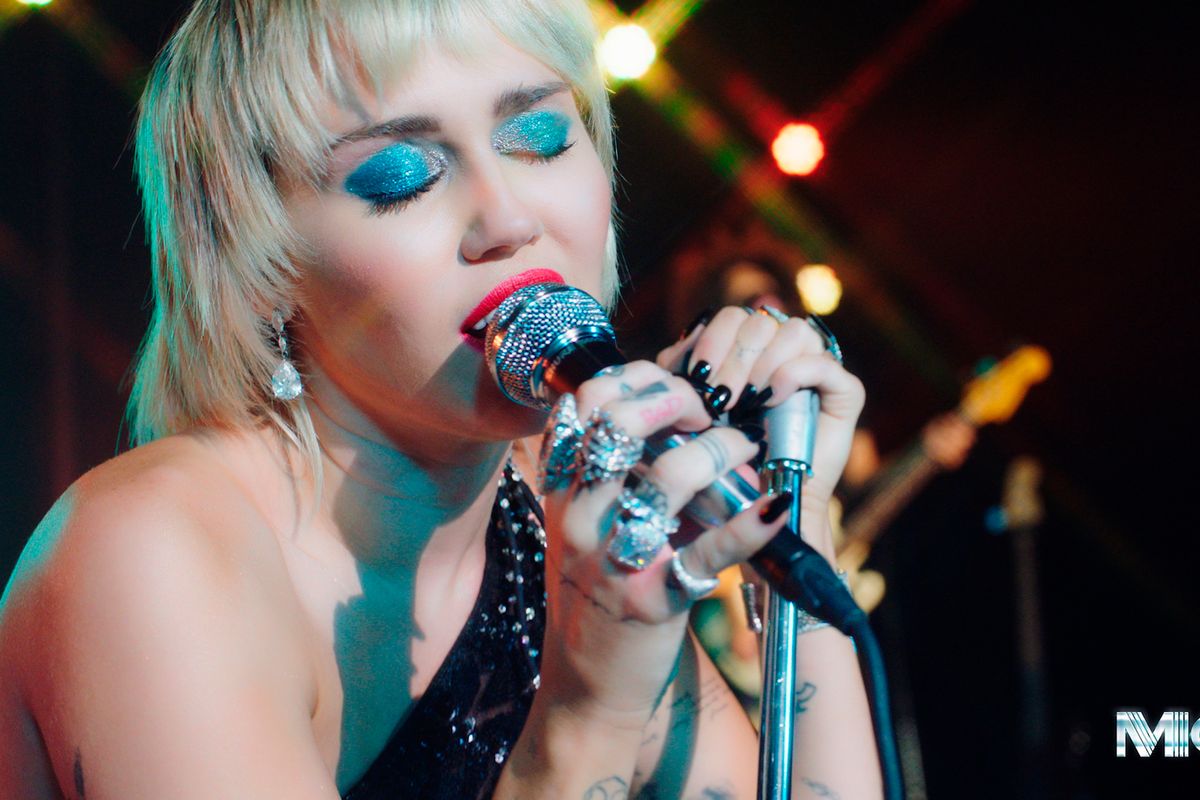 From the moment Miley Cyrus stepped on stage at the iHeartRadio Music Festival earlier this month you knew you were in for a treat. Currently making the rounds in support of her latest single, "Midnight Sky," the singer has been mixing it up recently with her live appearances performing covers of Hall & Oates and Billie Eilish, but it was her rendition of Blondie's classic hit "Heart of Glass" that had everyone gagged.

It didn't take much for clips of the performance to circulate across social media, Cyrus' signature vocal fry on full display brining an added grit to the powerhouse rendition of the early disco bop. So when Cyrus posed the question "Should I drop 'Heart Of Glass' on streaming?!" Sunday afternoon to her followers the answer was a resounding "YES." Everyone from Adam Lambert to Paris Hilton practically begged her to release it. UFC fighter Julian Marquez promised to walk out to it at his next fight if she dropped it on streaming services. Even Debbie Harry gave the cover a stamp of approval, tweeting "We think @MileyCyrus nailed it."

So due to overwhelming demand, Cyrus basically had no choice but to give her "Heart of Glass" cover an official release. Thankfully getting rid of all the cringe-y canned applause piped in by iHeartRadio to conjure the illusion of live performance, the people can rest easy knowing that now we can stream Cyrus' "Heart of Glass" any time we want and as much as we want.