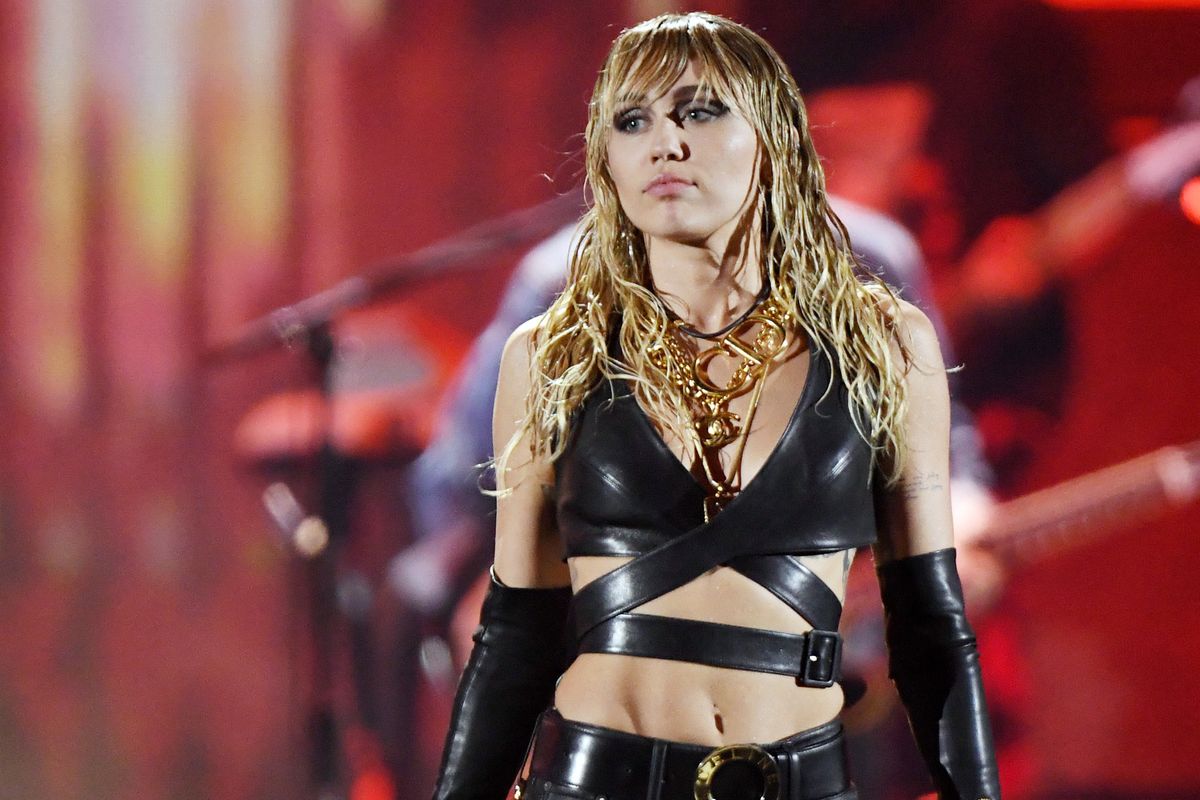 Miley Cyrus is a powerful relationship rebounder. Not long after splitting with Kaitlynn Carter (and before that, her on-off partner of nine years Liam Hemsworth), she's been spotted on a PDA-packed date with Australian singer Cody Simpson.

TMZ caught Simpson and Cyrus kissing over fast casual food in Los Angeles yesterday. They've been friends for a while now, and were first photographed together way back in 2014. Simpson previously dated Gigi Hadid, back in her pre-modeling days.

In typical Miley fashion, the TMZ photos show our fave literally climbing on top of a table and kissing Simpson. She then moves over to sit on his lap and continue the PDA. TMZ thoughtfully points out that Cyrus and Simpson have been plagued by romance rumors since 2015, and Simpson has gushed over her in several interviews over the years.

To recap, Liam Hemsworth filed for divorce from Cyrus in August, after she was photographed kissing Carter in Italy right as their separation was announced. Cyrus and Carter then reportedly moved in together, met the parents, and promptly broke up.

Let's all listen to "Slide Away" and think about our lost loves!