The intricate workmanship, so dear to Gucci creative director Frida Giannini, dominated thorough out the line's entire Spring/Summer show. Shimmering metallic clasps and pulleys on several dresses created embellishments that looked almost like futuristic parachute packs. Those metal-clad bonds soon gave way to Massai prints, as if these third millennium Amelia Earharts had landed in Africa. The same intricate clasps and pulleys later morphed into filigreed patterns similar to spiderwebs. But tarantulas, not itsy-bitsy spiders, make their homes in those webs. Predators -- just like a Gucci woman. 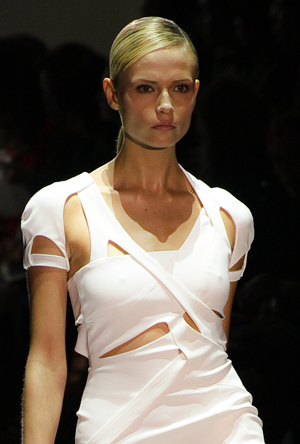 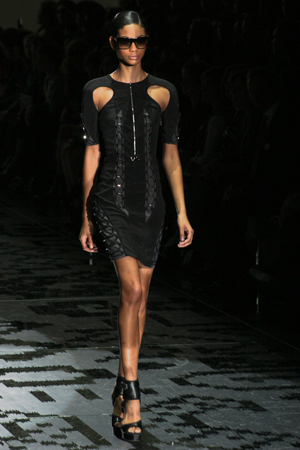 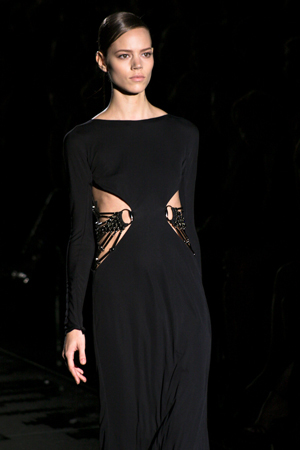 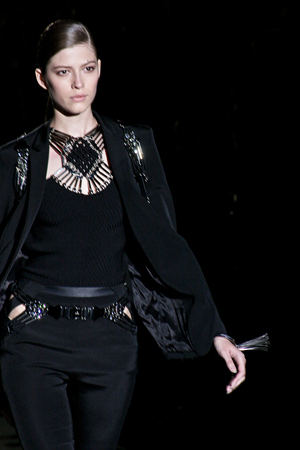 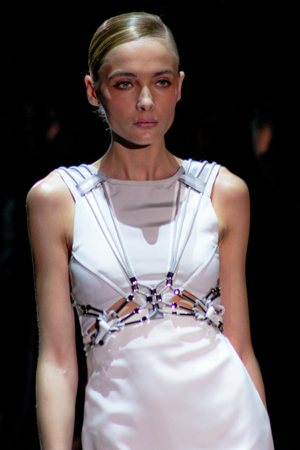 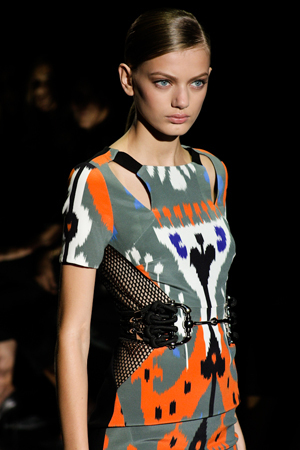 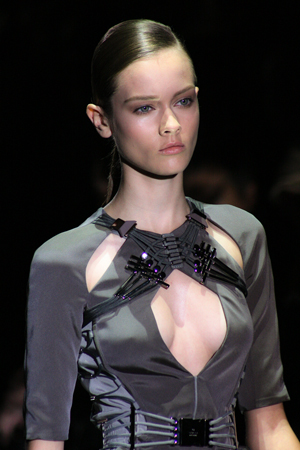 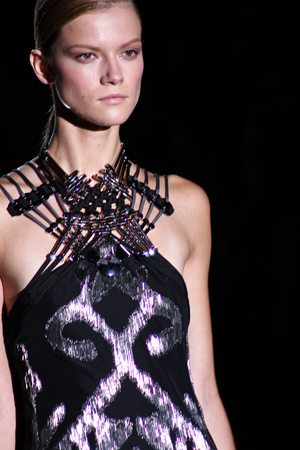 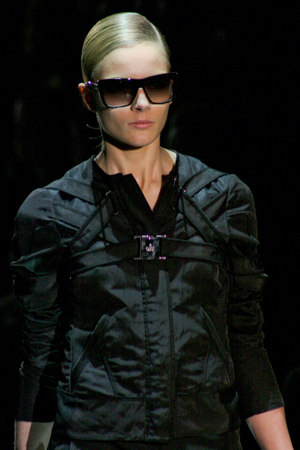 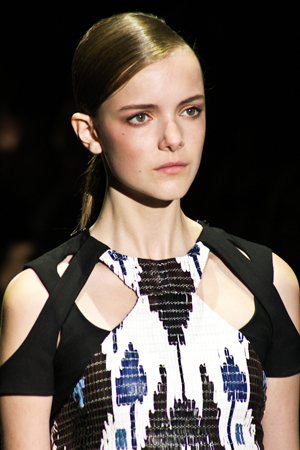 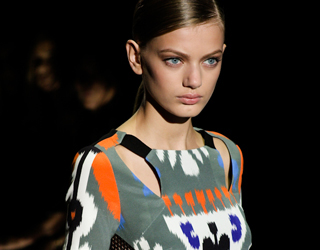