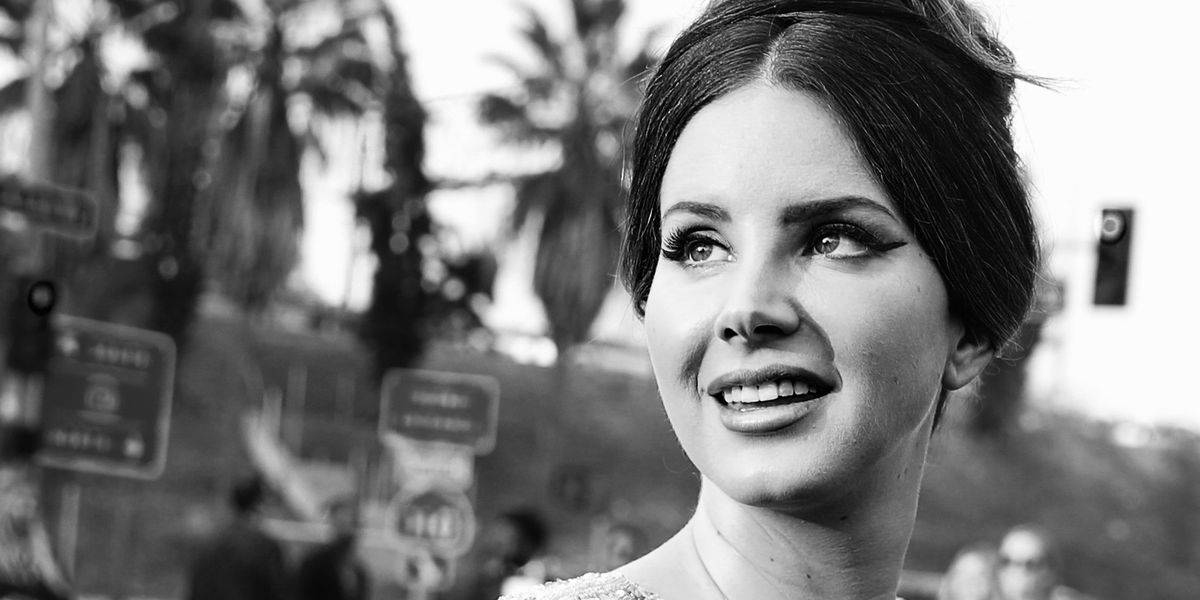 While virality is a fickle beast, once in a while you get a post that's just so off-the-wall absurd that the internet can't help but latch onto it. Case and point? A tongue-in-cheek conspiracy theory about how Lana Del Rey's Grammys loss kickstarted the garbage fire that is 2020.

The brainchild of Facebook meme page Miki Minach, the viral post was the work of admin Mark Mhr, who "cited" occurrences such as the Australian wildfires, the coronavirus pandemic, and Kobe Bryant's death as repercussions of Lana's snub.

"We were all very angry that she didn't win, because all of us really loved [Norman Fucking Rockwell!], and it was a crime for her not to win Album of the Year," the 23-year-old meme creator explained.

Related | The 'March 1 vs. March 31' Quarantine Memes Are Too Real

"So I thought that maybe the world being on fire was karma for not giving Lana what she deserves," Mark said. "We all have this idea that Lana's a witch... so when anything bad happens, [I wrote that] it's because she's here for revenge."

Partially thanks to the Lana post though, Miki Minach (and its back-up page Dora the Whora) have now gotten so popular that Mark expanded them into a website filled with everything from speculative posts about celebrities to satirical articles like "Woman Named Karen Complains About the Karen Meme." And while both pages and the website are growing at an "amazing' rate, according to the Turkey-based programmer, his initial ambitions were much smaller.

Started in 2018, Mark initially began the page out of boredom with his friend Yazan as a way to "fill [his] time with something [he] loved" — namely, celebrity memes. However, it didn't take long for his posts to start going viral and, with that, came tens of thousands of new followers from all over the world.

And while Miki Minach initially bolstered its following thanks to Nicki Minaj stans who believed it to be a stan page, Mark made it clear that it's purely focused on memes sans any particular celebrity allegiances — even if he does prefer to post about his personal favorites, like Lana Del Rey and Shawn Mendes.

Per Mark, most of the memes are original and celebrity-focused, with the occasional "funny conspiracy theory" thrown in for good measure. After all, as we all know, celebrity content is the name of the game. And while the website may still be less than a month old, Mark believes his site is popular because it's obvious a peer is writing these posts, as "a lot of celebrity websites today don't really connect with people."

"These other sites, they're trying to be one of the gang. But they're not, so it seems awkward," he explained. "The way they write their articles seems cringey to me. They're trying to be more relatable than they are. It's like, 'We're just one of you.' But you're obviously not, so stop acting like it."

He said that he tries to retain the irreverent tone and keep the content "as lighthearted as I can" — though he was also quick to add that he's not trying "to be hateful to celebrities."

And while most people understand that the content isn't meant to be taken all that seriously, Mark said that Miki Minach has still run into a few problems with overzealous stans, who have flooded their posts with "nasty comments" and threats. That said, he insisted that it "never really bothers me, because a lot of these stans are little bit younger."

Related | The Chain Challenge Is the Latest Quarantine Trend

Instead, Mark takes issue with the current state of stan culture, which he feels — as a former stan himself — has gotten far more "toxic" as of late and leads people to gang up on content creators like him.

"I still love these people, but I dont stan them anymore. Like, I wouldn't fight anyone for them. I wouldn't hurt anyone for them," he said. "I think that's the problem with stan culture. They think these people are more than just a celebrity. They're family, they're mom, and it's not really worth it, in the end. She's just your idol, so you dont have to keep fighting people for your fave. Your fave is a millionaire living their best life and nasty comments will not hurt or affect them in any way."

However, he said that he still wants to keep himself as anonymous as possible, given some of the online vitriol and the fact that "a lot of people think of us as bad people" — something he said has also led to numerous reports from stans who have gotten the page blocked by Facebook multiple times.

That said, Mark went on to insist that he isn't in it to "start rumors" or "spread fake news" for clicks or engagement, which is a criticism that's been lobbed at similar sites. Rather, he said that he wants people to realize it's more about "just enjoying the laugh," especially when the joke is something like his Lana theory.

"I don't want to make people believe things they shouldn't believe," he said, before arguing that all of his posts — while "funnily written" and maybe accompanied by a "clickbaity headline" — are all "general enough" and rooted in "facts." And though he acknowledged that some may still take issue with this, Mark cited the overall positive response as reason to keep working on the website and "trying to make it bigger and going as far as I can" in the interim.

And so, with the help of his friends — Jonas, Majd, Michael, Yazan and Ghaith, who help him brainstorm content — he said that he will continue to write as Miki Minach and seed "funny content" about celebrities into the internet ether. After all, as he put it, "it's connected with people because it's so messy and chaotic, which is something people dont have in their average lives."

He concluded, "It was the same for me, because my life wasn't really exciting. But that's why I have memes."