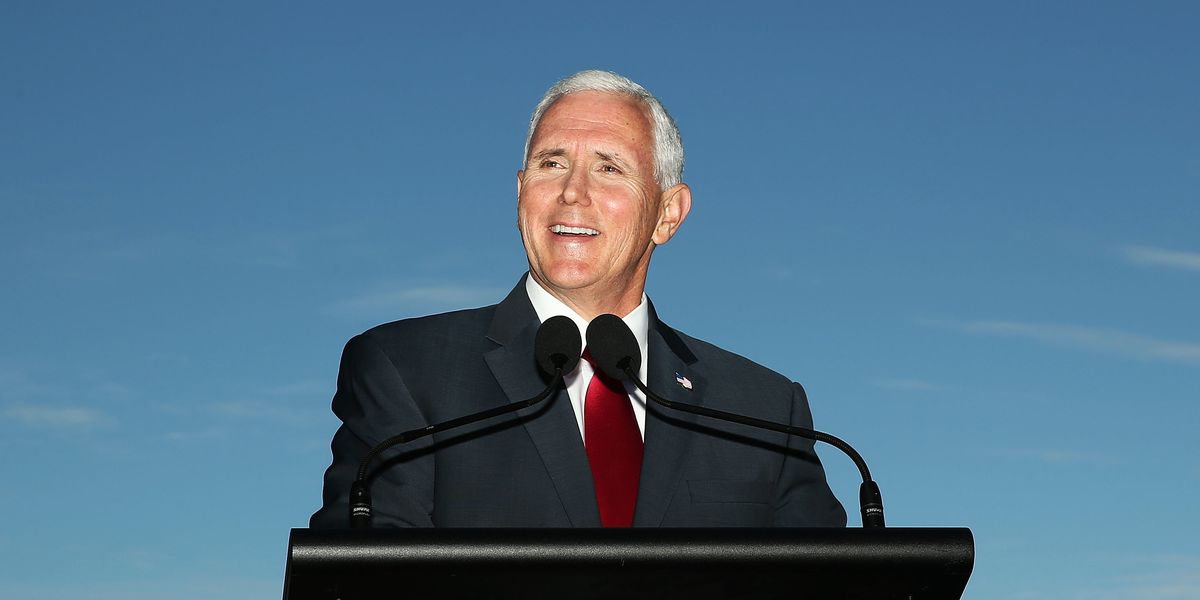 America's Propagandist Network, Fox News, shared a live video yesterday of Vice President Mike Pence speaking in Nashville about abortion as though it's something in vogue that will soon go out of vogue. Who feels like being upset? Let's dive in.

The speech was in support of Susan B. Anthony's List, a non-profit organization that supports the election and platforms of anti-abortion politicians, mainly women, and the Life Issues Institute, a Cincinnati, Ohio-based effort that works to assure equal legal protection through educational tools designed to change hearts and minds "from conception to natural death."

Pence said the partnership between the two organizations was "made in heaven" — but what really sealed the deal was his claim that "life is winning in America once again." Pence cited 45's reinstating of the Mexico City Policy preventing American tax dollars from funding abortions "beyond our borders," as one reason why he feels that way. Plus imperialist garbage about how American taxpayers are no longer forced to support abortions around the world. Plus his continued one-man campaign to defund Planned Parenthood: As a member of Congress, Pence sponsored the first bill to defund Planned Parenthood in 2007 — and did so repeatedly through 2011, when it finally passed the House.

In this speech, after Pence said he believed abortion would be "on its way out" in our lifetime, he also unfortunately reminded us that he is the VP of America. This of course makes him President of the Senate, which means he acted as tie-breaking voter and the final nail in the coffin (pun intended, sorry) on last year's Senate bill allowing states to decide whether or not to defund Planned Parenthood. The fuckery of Pence speaking in Tennessee, a state currently working to defund Planned Parenthood, feels almost schadenfreudian.

Amazing that what's always missing from this awful man's grand speeches is any acknowledgment whatsoever of women's actual real-life legal and safe reproductive health needs. We are convinced Pence just wants folks to have babies, no matter how extreme the larger circumstances. Lest we forget he once shepherded a lovely bill called HB 1337, which called for his home state of Indiana to ban abortions for disability, block terminations due to lethal anomaly and require healthcare providers to cremate or bury fetuses.

One (okay, two) of the most important things former White House "employee" and reality-TV star Omarosa ever did was a) get fired from the White House, and b) say that Pence believes he gets these messages express direct from Jesus.

The ability of people like Pence to willfully disassociate never ceases to amaze me: the "fight for life" must go on, and yet, he is practically in bed with the National Rifle Association, having received tens of thousands of dollars from them, who, as we all know, unapologetically uphold the right to apparently bear military-grade assault rifles.

Thoughts and prayers go to the those killed in the recent tragic Parkland shootings, but of course, the "sanctity of life" protestations Pence and his ilk prop themselves up with need not apply here.

Now that we've broken that down: Want to resist and give Pence's harmful words less power? Donate to Planned Parenthood, here, the Center for Reproductive Rights, here, then proudly wear a Thank God for Abortion T-shirt, by Brooklyn artist and activist Viva Ruiz, to buy here.