Finally there's a show that both art lovers and bar hoppers can enjoy. "Earl Boykins, Dan Colen, Mike Mills, Edward McTavish & Athena Razo Walk Into a Bar...," which opened at Fuse Gallery (the gallery that sits at the back of Lit on Second Avenue) last week, is curated by the lovely Athena Razo, and features works by the aforementioned artists. With its perfect title, and weird and hilarious art that gets funnier as you get drunker (i.e. "Chris Pretending to Die"), this compact show's got it goin' on. Oh, and one more thing: Edward McTavish? That's Mike Myers, as in Austin Powers, as in Dr. Evil, and yes, as in Wayne Campbell. His paintings of Colonel Sanders are pretty funny. Who knew?! 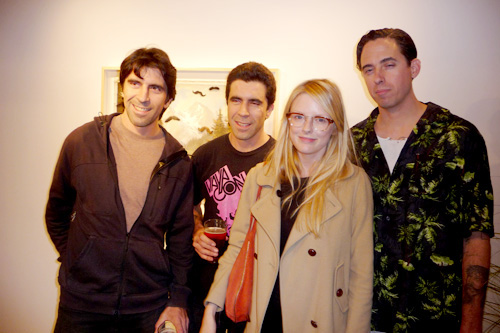 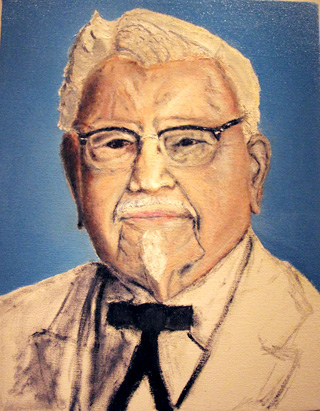 Previous Next
"The Colonel" by Edward McTavish 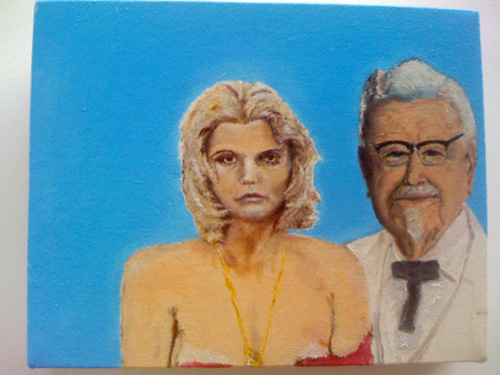 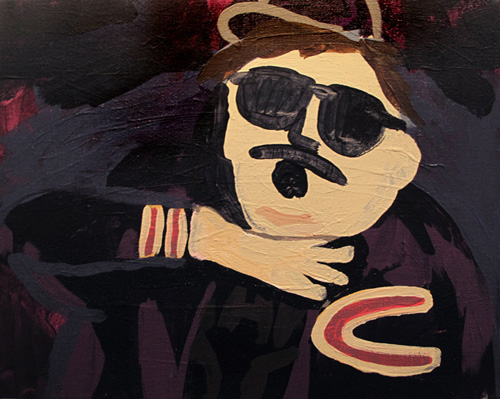 Previous Next
"Chris Pretending to Die" by Earl Boykins 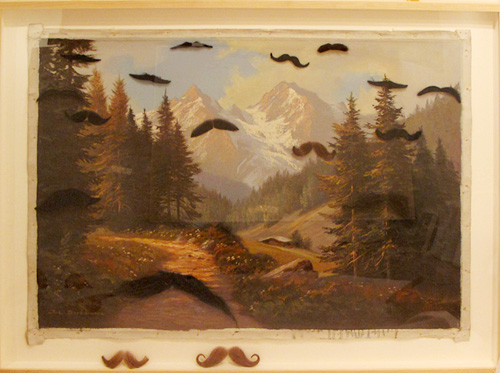 Previous Next
"Not a Tree, Not a Road, Not a Mountain, Not a Sky" by Dan Colen 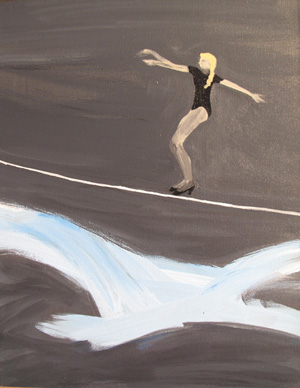