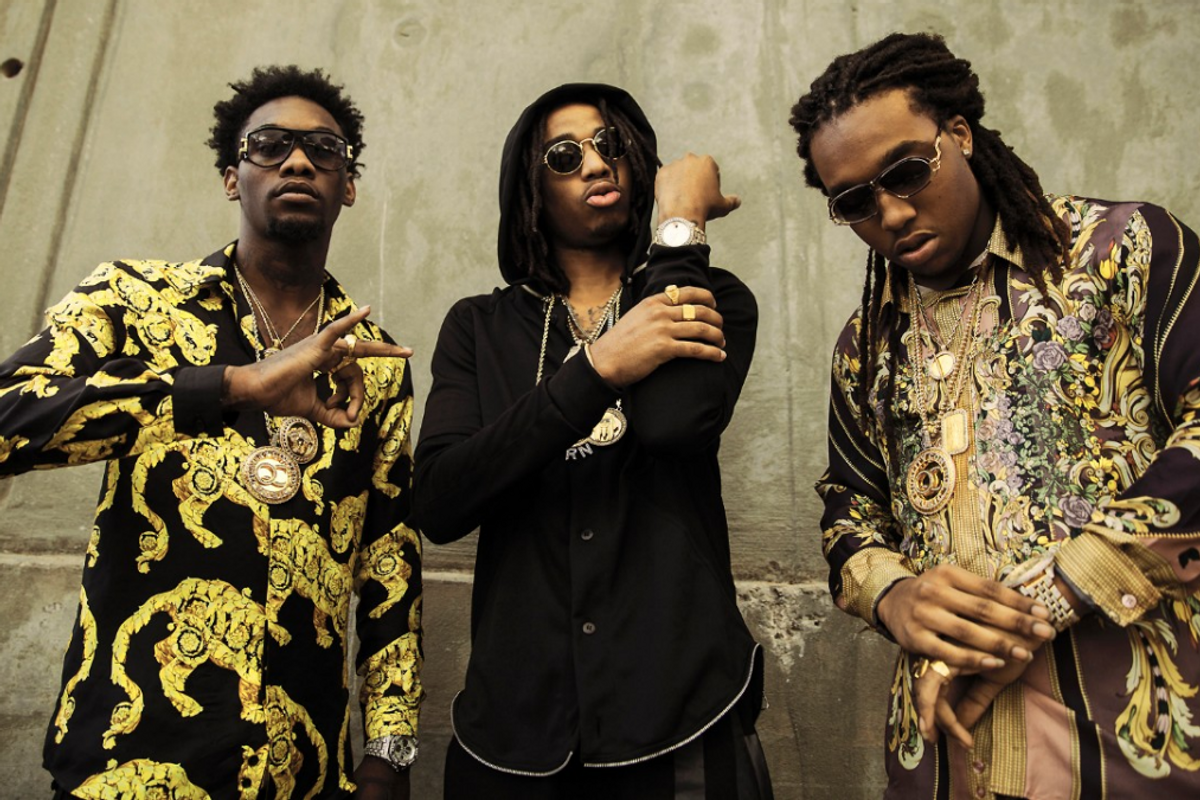 UPDATE: Migos Release Statement In Response To Accusations Of Homophobia

UPDATE 5:20 p.m.: Migos have just issued the following statement via their Twitter.

Last month, iLoveMakonnen announced on Twitter that he is gay to an outpouring of fan love and support. But apparently fellow Atlantans Migos have a different take, saying people support him "because the world is fucked up."

In a new interview with Rolling Stone, Quavo shouts out the "diversity" of Atlanta's rap scene, a statement that promps writer Jonah Weiner to mention Makonnen's recent coming out, which then apparently induces "an awkward interlude" from the trio.

Weiner, however, tries to continue the conversation, mentioning the overwhelming amount of aforementioned support Makonnen received -- which then leads a surprised Quavo to ask, "They supported him?"

The group then continues:

"That's because the world is fucked up," says Offset. "This world is not right," Takeoff says. "We ain't saying it's nothing wrong with the gays," says Quavo. But he suggests that Makonnen's sexuality undermines his credibility, given the fact that "he first came out talking about trapping and selling Molly, doing all that."
He frowns. "That's wack, bro."

According to Complex, representatives for Makonnen have declined to comment. We've reached out to Migos' team and will update when we hear back.