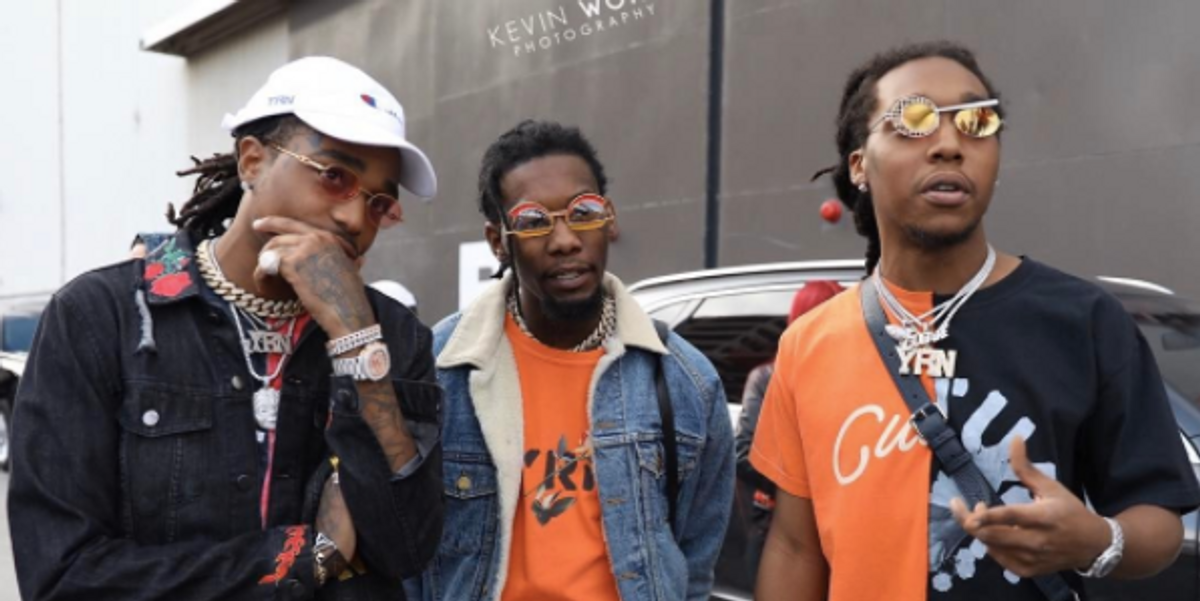 Migos Say Their Homophobic Comments Were Taken Out Of Context

Despite their stratospheric rise to the top of the charts this year, Migos has been unable to ditch the controversy they've been dragging along like a bag of old bones ever since they made questionable comments about iLoveMakonnen's sexuality.

The group's problems started when a Rolling Stone reporter told them that fellow Atlanta artist iLoveMakonnen had recently come out as gay and was receiving support online. Offset responded, "That's because the world is fucked up." Takeoff added, "The world is not right," and Quavo seemed to question Makonnen's credibility, saying, "He first came out talking about trapping and selling Molly, doing all that. That's wack, bro."

But trapping knows no binaries, and the internet collectively shook its head at Migos' backwards views toward sexuality.

Migos quickly offered an apology that said in part, "We are all fans of Makonnen's music and we wish he didn't feel like he ever had to hide himself. We love all people, gay or straight and we apologize if we offended anyone."

The group probably hoped the comments were behind them, but a TMZ reporter brought the topic back up and Migos took the opportunity to defend themselves once again, this time invoking Frank Ocean. "The way [Rolling Stone] did it, that wasn't real," Quavo told the reporter. We make great music together. I done made music with Makonnen, Frank Ocean. We all make great music. That's it."

In a recent interview with The Fader, Makonnen seemed to have moved past the incident, saying, "Guys, if you all know me, I'm always about 'let's keep some peace.' It don't even matter. Migos say whatever they said. It's a misunderstanding."

But it's possible the matter may keep following Migos around like a stray cat until they repay some karmic debt to the LGBTQ community. Just sayin'.