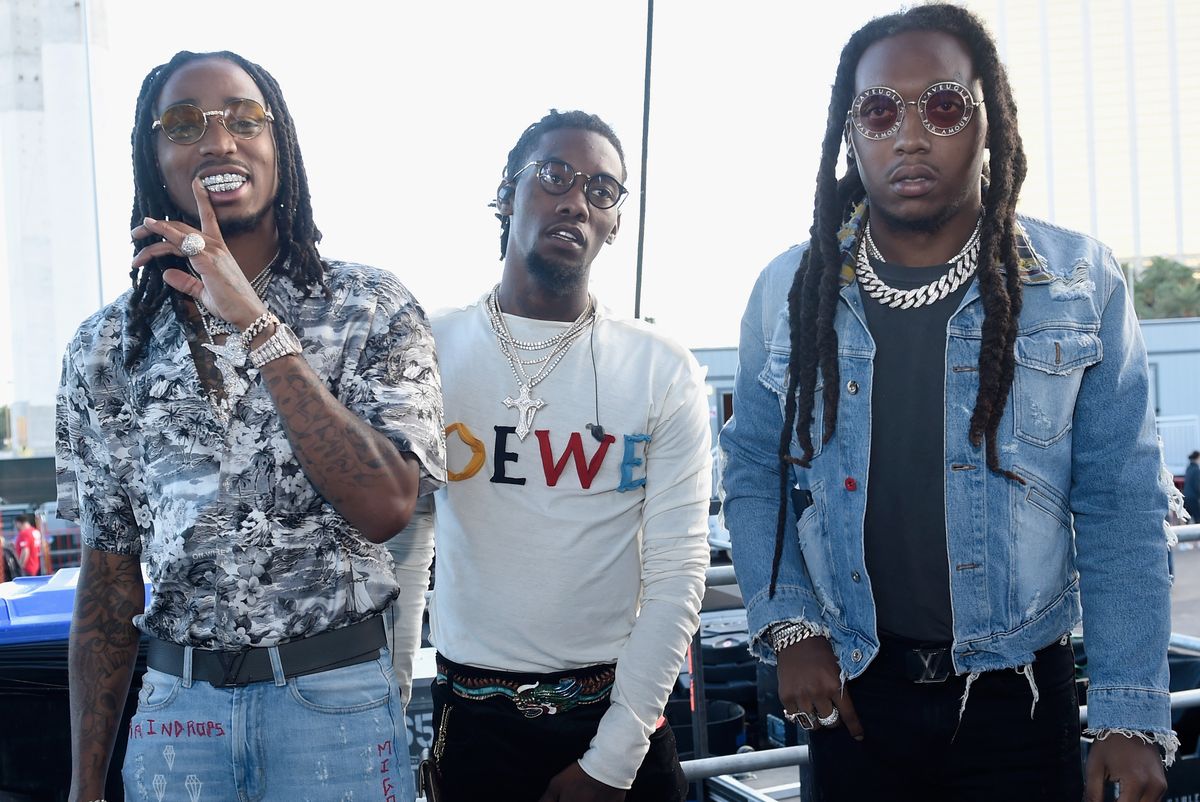 Migos Are Working on a 90s Style Movie

In their Beats 1 interview with Zane Lowe today, Migos revealed that they're expanding their talents into an endeavor outside of music: film.

When Lowe asked the group about their plans outside of making music, Offset responded, "Music. My boy Quavo writing the scripts. He been in that kitchen trying to whip up."

Quavo continued, "I'm a '90s baby and all my favorite movies got all the dope artists in them. Juice, Menace II Society, all the Snoop Dogg movies, Master P movies, Big Tymers movies. Even Ice Cube, Cube killed it. That's what we're doing right now; we're looking into the script."

'My boy @QuavoStuntin writing a script, he out here really in the kitchen tryna whip up' @OffsetYRN on working on movies @Migos @Beats1 pic.twitter.com/ESMZObj86L
— Zane Lowe (@zanelowe) October 2, 2017

It wouldn't be the first time Migos have been on camera; they appeared in a 2016 episode of Donald Glover's Atlanta, which may have helped "Bad and Boujee" pop off the way it did.

Quavo also mentioned his upcoming project with Travis Scott, saying, "We're still figuring it out with the music. We got all that we wanna do, we just trying to get all the track listing."

'We still figuring it out w. the music, we got all that we wanna do, we just tryna get all the track listing' @quavo on Mixtape w. @trvisXX pic.twitter.com/FPccHltWwj
— Zane Lowe (@zanelowe) October 2, 2017