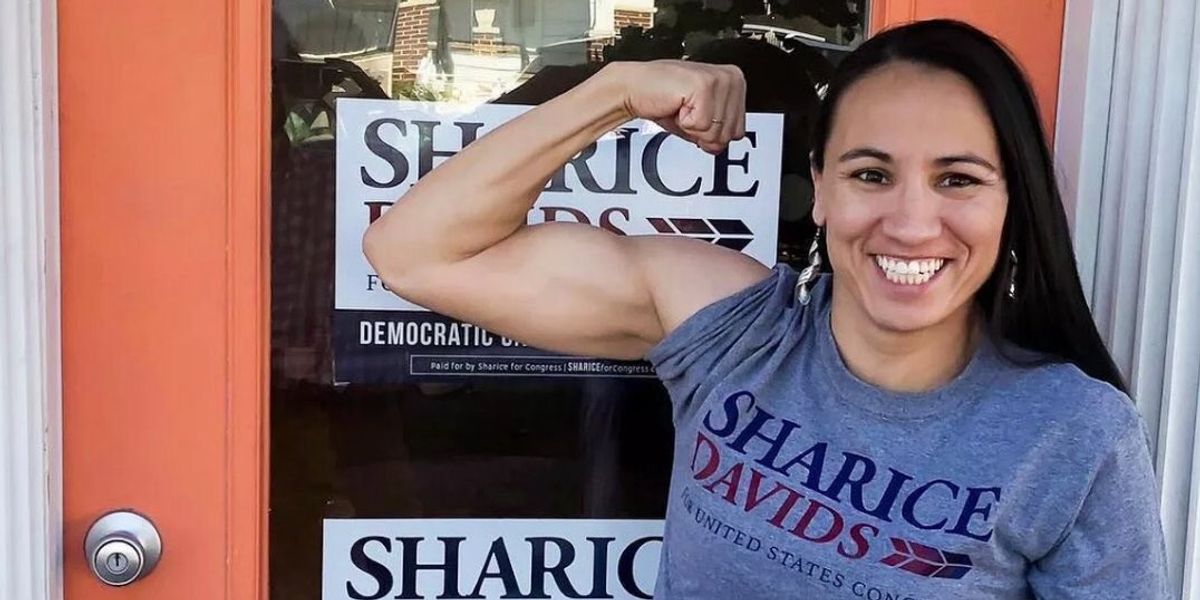 It could have been so much worse, right? Beto didn't quite pull off victory in Texas, Claire McCaskilll lost in Missouri, and Republicans increased their Senate majority. But Democrats did regain control of the House, Florida restored voting rights for 1.5 million convicted felons, and governorships across the country turned blue. The midterm election results definitely aren't all bad, and what's more, they amount to substantial victories for women voters, queer voters, and voters of color.

Here are some of the milestones you might have missed while anxiously watching the map turn red last night.

More Women Will Sit In The House Than Ever Before

After a record number of women appeared on ballots yesterday, many of them inspired to run in reaction against Trump, a record number have now been elected to the House of Representatives. Not every race has been called yet, but with 95 in the bag (85 of them Democrats, 10 of them Republicans), it is predicted women will earn at least 100 seats. The current record is 84 seats, so that's a significant gain.

Alexandria Ocasio-Cortez! She did it. Following her surprise victory in the Democratic primaries over incumbent Joe Crowley in June, the bartender from the Bronx will represent New York's 14th congressional district in the House of Representatives. Her campaign platform included universal Medicare, abolishing ICE, gun control, a $15 minimum wage, and the end of private prisons. She's just 28 years old — the average age of a United States congressperson is around 60.

Minnesota's Angie Craig become the first openly gay mother in Congress, after succeeding in her second attempt to win a seat representing her district. Better family healthcare access was central to her platform. What makes this victory even sweeter is the fact her opponent, Republican Jason Lewis, is staunchly anti-LGBTQ rights and has made headlines for sexist comments. Craig, meanwhile, was instrumental in establishing the right for same-sex couples to adopt in the state of Tennessee.

No Muslim woman had ever won a Congressional seat before yesterday, when two midwesterners secured historic victories. They are Michigan Democrat Rashida Tlaib and Minnesotan Democratic Farmer Labor Party member Ilhan Omar. The latter is a member of the Democratic Socialists of America, alongside Alexandria Ocasio-Cortez.

New England came through yesterday, with Connecticut and Massachusetts both electing their first-ever black congresswomen. Jahana Hayes, who was 2016's National Teacher of the Year, will represent Connecticut's fifth district. Ayanna Pressley, who was also the first black woman to sit on Boston's city council, ran unopposed after defeating a 10-term incumbent in the primary earlier this year. She will represent Massachusetts's seventh district.

Yes Colorado! Jared Polis is the first openly gay man to win a governorship in the United States — noting that Oregon's Kate Brown became the first openly LGBTQ governor in 2016. Polis has a partner and two children, so they'll be the first gay-parented family to live in the governor's mansion. Polis was swept into power on a proudly left wing platform. He advocates for single-payer healthcare, stronger gun laws, and an end to the death penalty. He is also a strong proponent of legal weed.