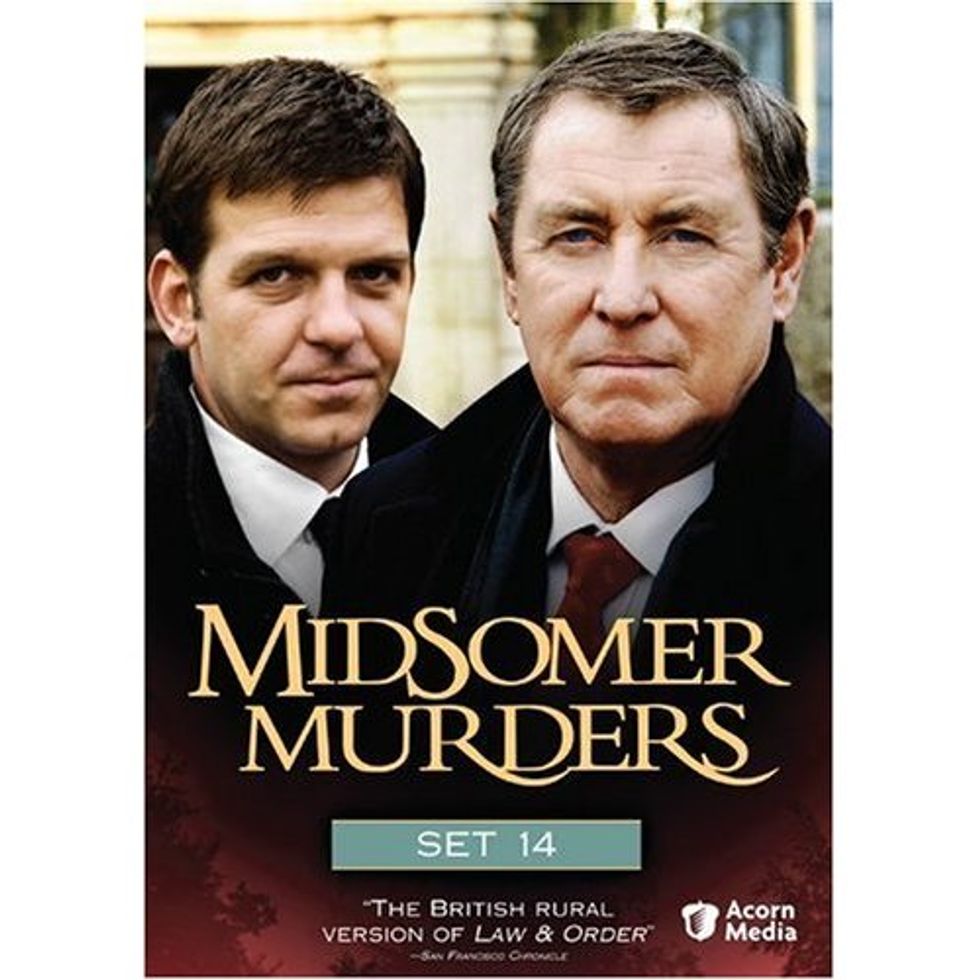 Out on DVD is a show Johnny Depp is said to be a big fan of: Midsomer Murders, Set 14. This collection features another marvelous quartet of incredibly enjoyable British mysteries based on the characters created in the detective novels of Caroline Graham. John Nettles is wonderfully droll as Chief Inspector Tom Barnaby as he investigates murders in the bucolic English villages filled with eccentrics and kooks. Death And Dust is about the impending marriage between a doctor and a well-to-to-widow which causes a killer to rise up and strike like a cobra. Picture Of Innocence is about camera club that rejects digital, and when members of the club show up strangled, the clues all point to Barnaby as the killer. It's up to Sergeant Ben Jones (Jason Hughes) to prove his innocence. They Seek Him Here is centered around The Scarlet Pimpernel film set and the mysterious killings utilizing the guillotine in the movie. Death In A Chocolate Box is about a halfway house for prisoners and a long-buried secret that threatens someone to commit murder.