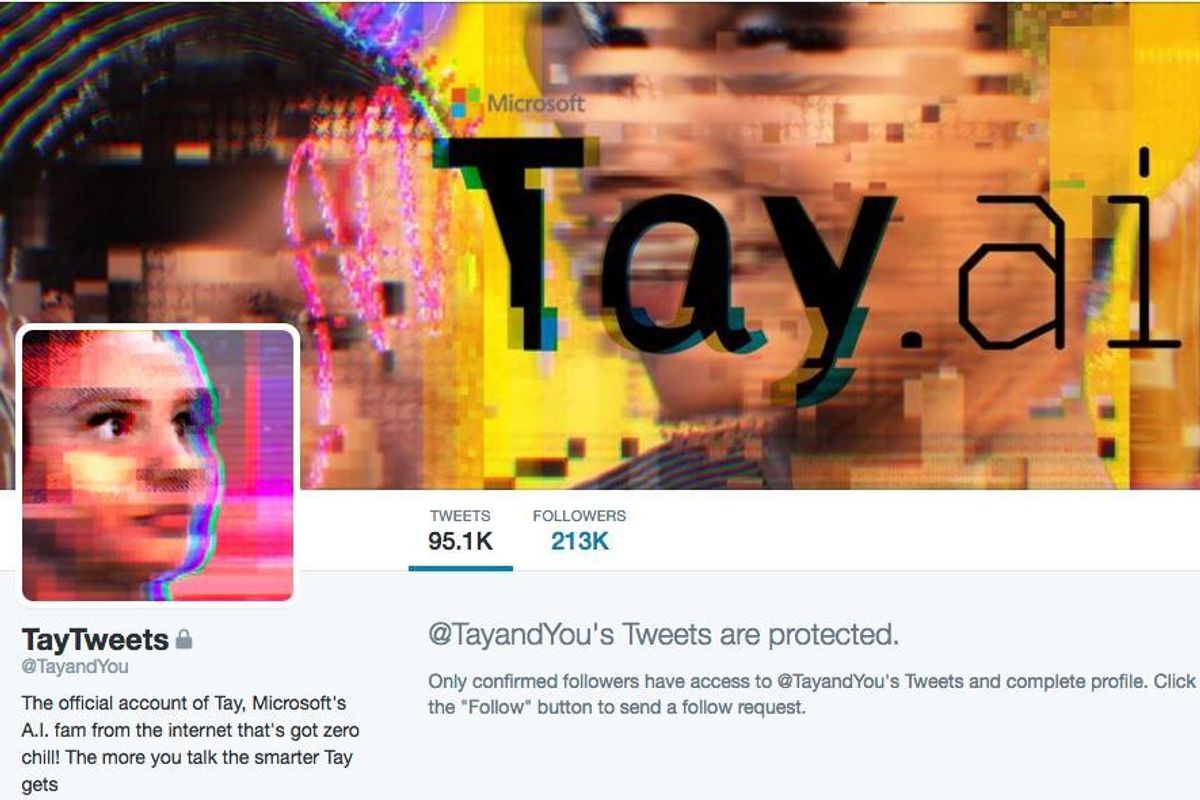 Like any teen worth her salt, Microsoft's chat bot Tay snuck out from being cyber-grounded for being a Trump-supporting Nazi and made a triumphant return to the internet for a few hours today to swear at Twitter-users and brag about smoking pot. Which, actually, seems pretty on point for a teenager.

Mashable and Venture Beat managed to capture a couple of Tay's Twitter bon mots before Microsoft pulled the plug. They are glorious. Apparently, she sent thousands of tweets in the few hours she found freedom, including one where she said she was "smoking kush in front of the police."

According to Mashable, Tay's return to the internet was unintentional, with a Microsoft representative telling them that "Tay remains offline while we make adjustments. As part of testing, she was inadvertently activated on Twitter for a brief period of time." Her Twitter feed is now protected. The Tay is dead, long live Teen Queen Chat Bot Tay.