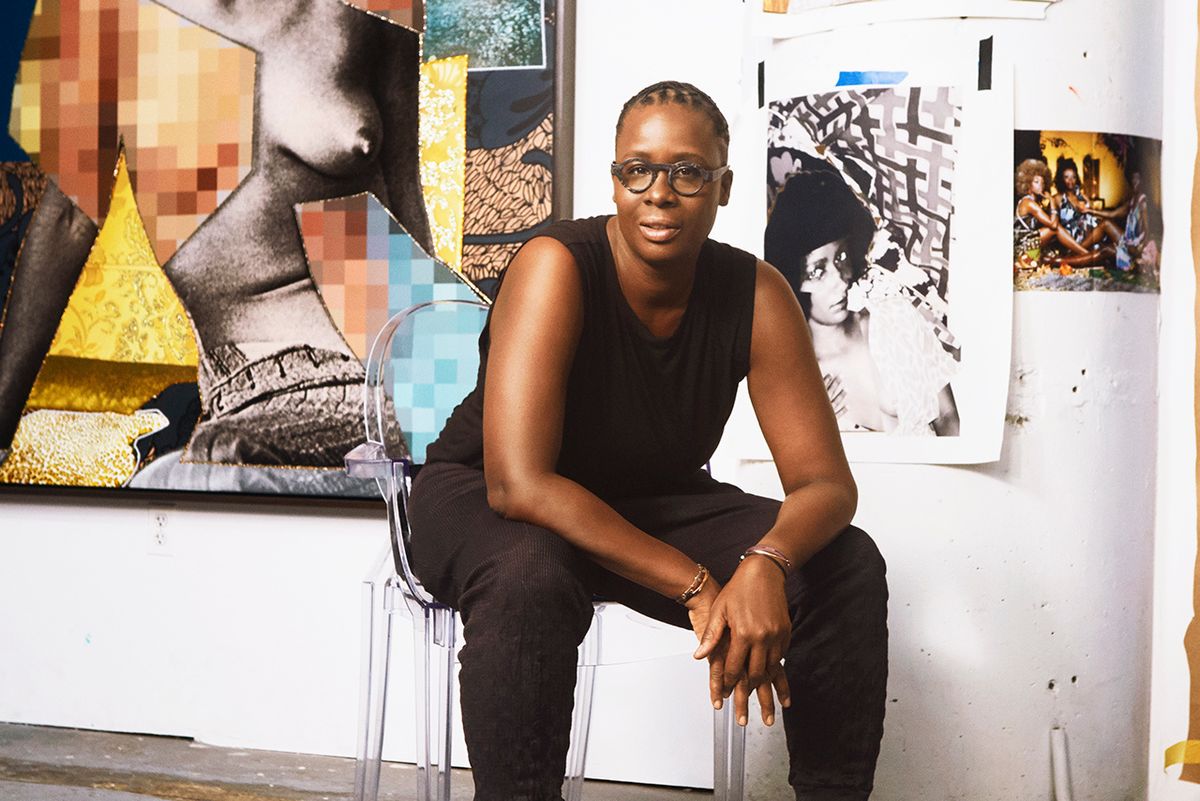 In the episode, Thomas, who's collaborated with the French brand on several occasions, candidly shares her thoughts on the representation of Black femininity and about her career as "an observer and documenter of African American womanhood" with London-based curator Katy Hessel.

"She knows exactly what she wants, and she's so connected to culture, politics, and society and people, and just in conversation, she's so aware of current events and just the world itself," Thomas says of Maria Grazia Chiuri, Dior's artistic director. "And I think when you are in a position like she is, that all comes into the creativity. She just sees the world, and she wants to bring that into her conversation. And I think some of the best people want that in their environment, why not?"

Chiuri, who showed last year's Cruise collection in Marrakesh, teamed up with a variety of African artists to reinterpret some of the brand's different codes. Among them was Thomas, who reworked the classic Bar jacket by integrating an interpretive patchwork version of a Claude Mon et painting on the back.

"The garden is in some way wrapped around the figure, and it can be moved, and it can be worn on her," Thomas says of her design, which was inspired by a residency at Monet's Giverny estate.

Monet has been a longtime inspiration for Thomas since her first projects with Dior, when she created reworked Lady Dior bags for two editions of the brand's Dior Lady Art series. Her 2019 design featured a patchwork garden, inspired by the painter's Giverny gardens and Christian Dior's love of flowers.

On the podcast, Thomas also shares her personal goal to elevate Black women. The artist hopes her works will validate and empower all generations, and encourage them to celebrate their authentic selves.

"When you think historically of the contributions Black women have contributed to society, and what we have done in America, we are still the least paid, the least celebrated, and the least rewarded," Thomas says. "And I think, as an artist, it is my responsibility to put forth powerful images of Black women for young Black girls to be inspired."

Thomas' interview is available for listening on Dior Talks.