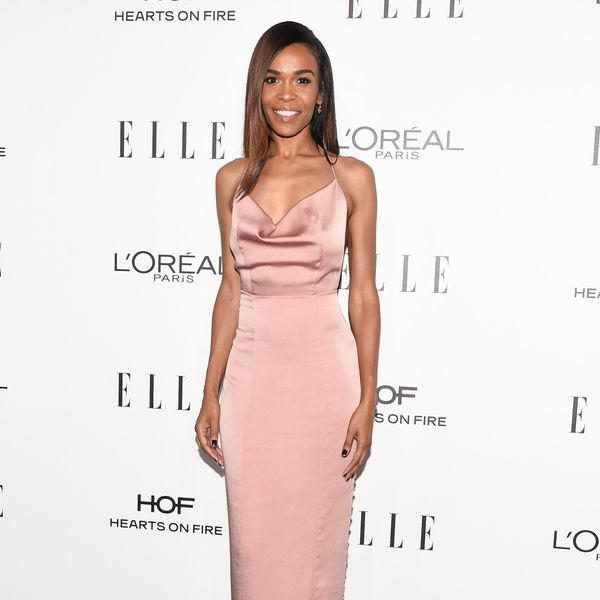 Michelle Williams Put a Ring On It

The couple met last March when Williams went to a retreat that Johnson was hosting in Arizona. Williams had just ended a bad relationship, and Johnson was "in a place of despair." Still, the two managed to connect with one another. Though they went separate ways after the retreat, they talked via Instagram and FaceTime for a few months before going on a first date at a wedding in the Dominican Republic. Williams kept the relationship private for a few months, but has recently been posting plenty of adorable couple pictures on Instagram.

Williams says she loves that she can be herself around Johnson, saying, "What kept drawing me and drawing me at first was I felt like I could be myself. My first name is Tenitra; my middle name is Michelle. I felt like I could be Tenitra: just ratchet, I didn't have to have on any makeup, if I had to have on my hair bonnet — he just made me feel very safe in being myself."

Related | Beyoncé Pulled Out All the Stops for Coachella

Williams recently made headlines when she joined Beyoncé on stage during her stellar Coachella performance. She says that her formed Destiny's Child bandmates will be invited to the wedding.

Jury's out on whether or not a rendition of "Survivor" will be performed.