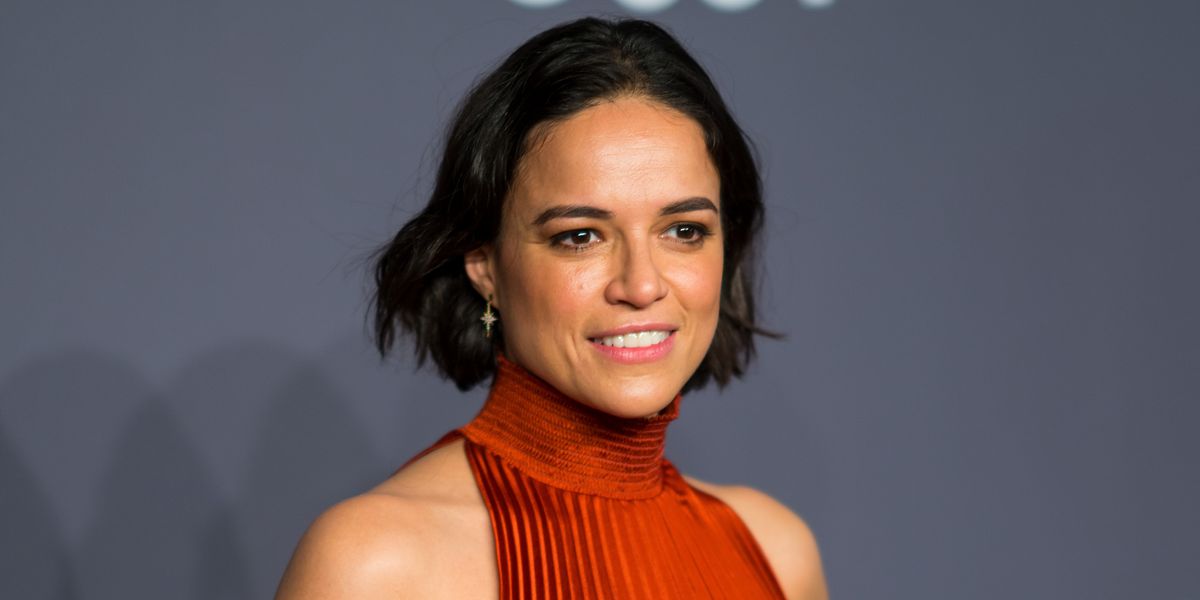 In insane stuff that celebrities said today (blowing the Biebers' calling each other "baby boo" out of the water), Michelle Rodriguez defended her Widows co-star Liam Neeson from accusations of racism by telling a reporter to take note of how passionately he frenched Viola Davis — a Black woman — in the film. Oh!

"It's all fuckin' bullshit. Liam Neeson is not a racist," said Rodriguez at the amfAR Gala New York on Wednesday according to Vanity Fair. "Dude, have you watched Widows? His tongue was so far down Viola Davis's throat. You can't call him a racist ever. Racists don't make out with the race that they hate, especially in the way he does with his tongue—so deep down her throat. I don't care how good of an actor you are. It's all bullshit. Ignore it. He's not a racist. He's a loving man. It's all lies."

Currently everyone who's ever met Neeson is being asked to comment on his recent interview in The Independent, in which he admitted that he once went looking for Black men to kill, as revenge for a friend's rape.

Neeson's apology, which was essentially just repeating the anecdote with the addendum, "I'm not a racist" on Good Morning America," was bad, but Michelle Rodriguez's defense is truly ludicrous.

The first thing that feels necessary to point out is that — even if it were true that being attracted to a person of the opposite race implied racial benevolence, which it doesn't — Widows was a movie. Which is to say, fake. Which is to say that when Neeson kissed Davis, he was literally, by the nature of it being in a film, pretending.

But based on her logic, her claim still makes no since, given that Liam Neeson is pretending to be a character is actually also pretending in that kissing scene, given that he later betrays, cheats on and tries to kill Viola Davis's character in the film. Which has us wondering, did Michelle Rodriguez actually ever watch Widows, a film she starred in?

Others online are breaking down her comments:

One user even put together this useful flowchart, which it would have been helpful for Rodriguez to consult before speaking on the situation: