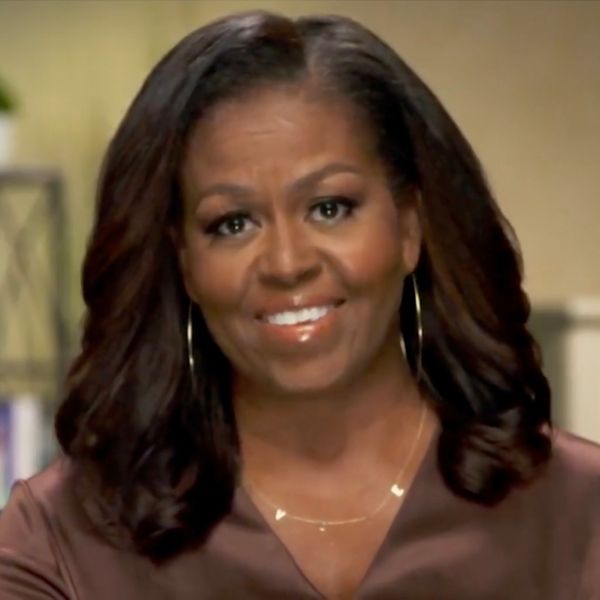 Michelle Obama's powerful speech during her virtual appearance at the Democratic National Convention was all the rage on Twitter last night, but her choice of jewelry was also cause for celebration.

The former first lady opted for a personalized VOTE necklace by Black-owned, LA-based jewelry label ByChari. (As were the gold hoop earrings.) According to CNN, the necklace was the top-trending search on Google during the final hour of the convention.

"I had created a VOTE necklace for the last election and knew I was going to do it again," Chari Cuthbert, the brand's founder and creative director, said in a statement. "As we started our outreach, I was honored when Michelle Obama's stylist asked for one and am thrilled she is wearing it!"

Obama's longtime stylist, Meredith Koop, sourced and styled the entire look including her brown silk top from Nanushka. ByChari, which was establish in 2012, currently has over 140k followers on Instagram and has been worn by the likes of Kate Hudson, Rosie Huntington-Whiteley and Aimee Song.

"I never imagined that something I'm so passionate about could mean so much to so many!" Chari tweeted. "The response has been incredible and I am beyond honored and humbled that @michelleobama wore my design."

The VOTE necklace is available now for $295 in 14K yellow, white and rose gold on ByChari's website.