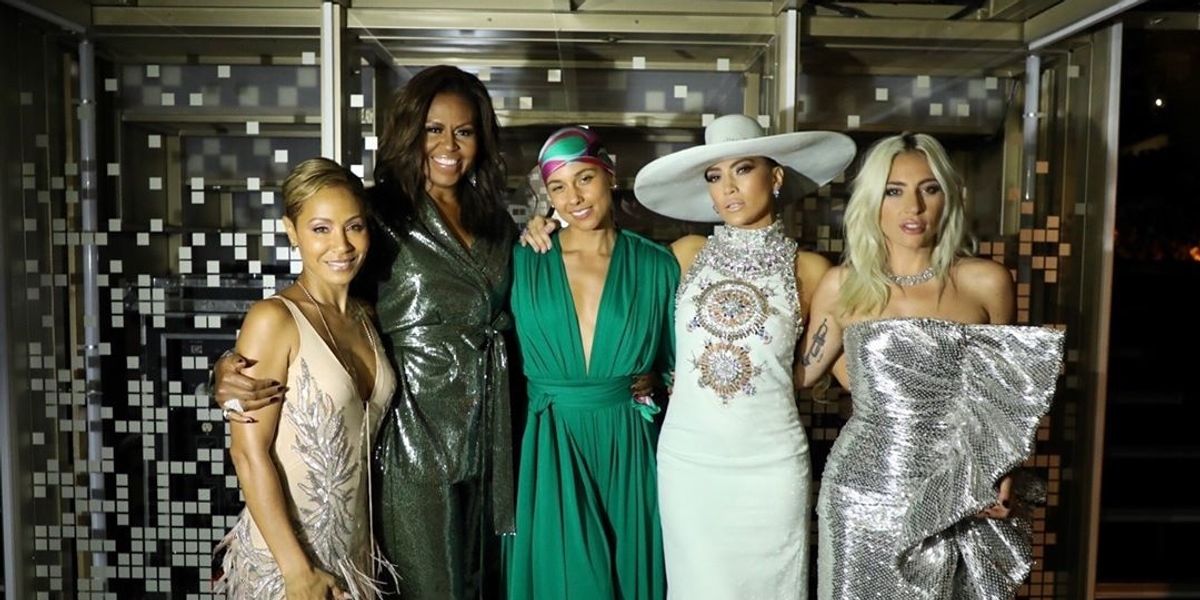 Obama, currently on the publicity circuit for her memoir Becoming (remember when she wore those holographic Balenciaga boots to an interview with Sarah Jessica Parker?), said on Instagram that she "showed up" to support good friend Alicia Keys, who was hosting the show. She also said that her mom Marian Shields Robinson brought her back down to earth after a night among the stars.

The former First Lady posted an iPhone screenshot of her messages to Robinson, where she tries and fails to secure her mom's approval. "When your mom doesn't think you're a 'real' celebrity," reads the caption. The messages also reveal that Robinson didn't actually remember to watch the awards show, even though Obama told her about it in advance.

Moms! They're all the same. This is the first time I've ever related to an Obama, and it feels good.