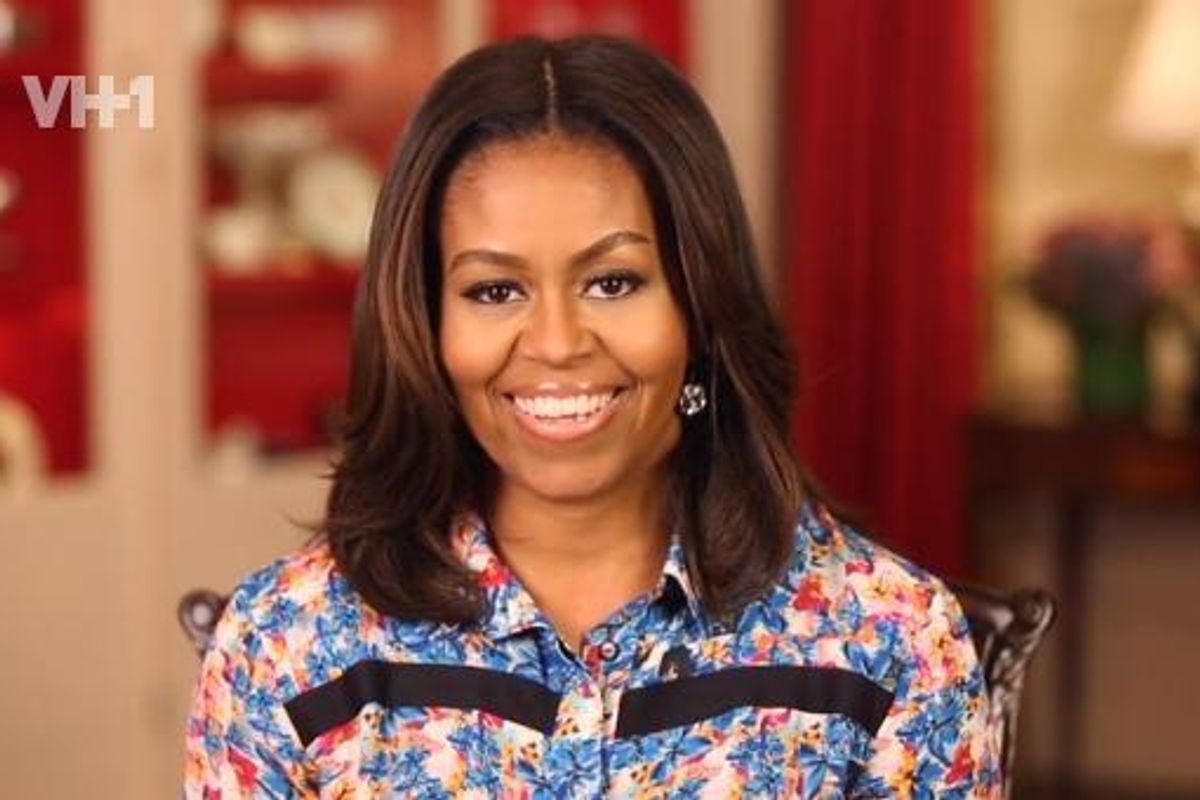 Mrs. Obama grew close with the two icons when three sat on a SXSW panel this past March, discussing politics, Michelle's Let Girls Learn initiative, and of course, music.

Michelle touched on these topics:

"I'm so proud of the two of you, because through your music, and your activism--including your support of our Let Girls Live initiative--you are empowering young women around the world to believe in themselves and fulfill their boundless promise."

Along with Missy and Queen, Lil' Kim and Salt-n-Pepa were also honored.

Teyana Taylor gave a fantastic send-up of Lil Kim's discography, including "All About the Benjamins," and "Crush On You."

Watch the awesome medley below.