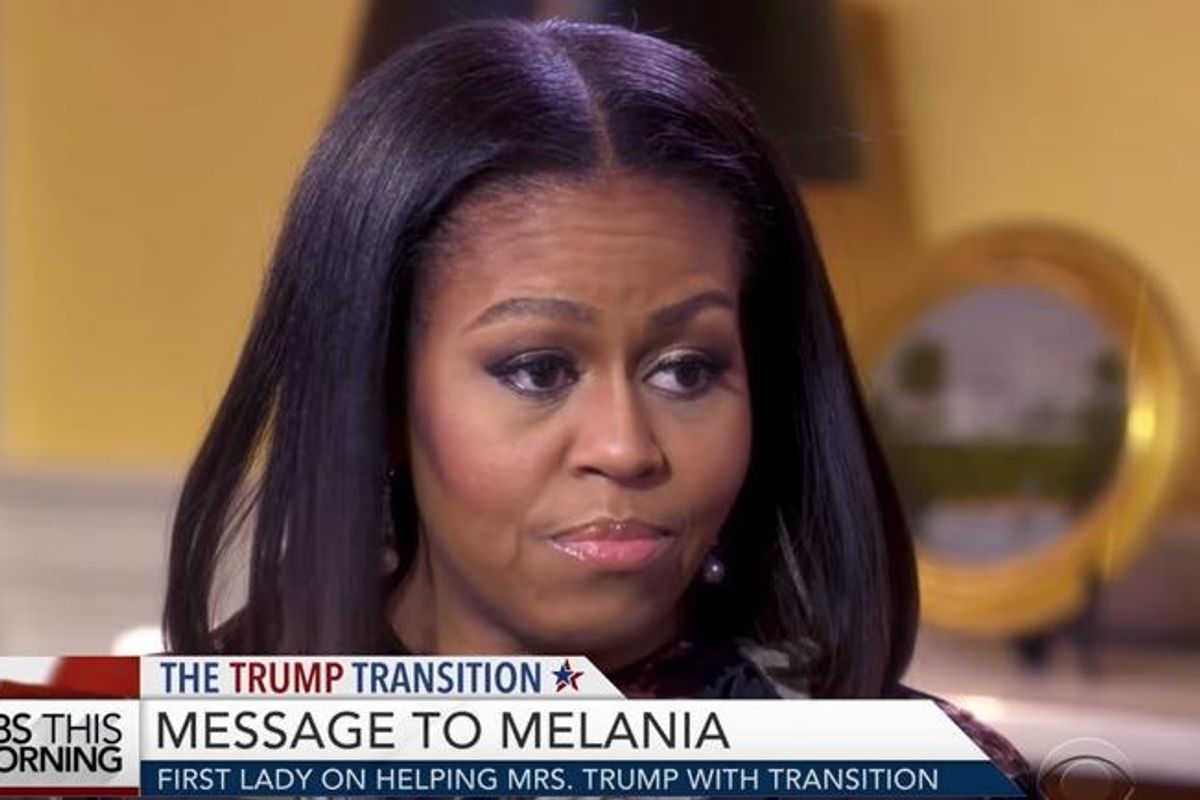 Our current/forever FLOTUS Michelle Obama sat down with another kind of First Lady, Oprah Winfrey, to talk her and her husband's legacy in the final weeks of his eight year presidency, and what "going high" means to her, as we head into a Trump administration.

Specifically, Mrs. Obama discussed her and her team's commitment to helping Melania Trump transition into the First Lady role, and the bipartisan tradition of former FLOTUS' counseling new ones.

The door is open [for Melania] as Laura Bush told me, and as other First Ladies have told me; I'm not new in this 'going high' thing. I'm modeling what was done for me by the Bush family. Laura Bush was nothing but gracious and helpful, and her team was there for my team all throughout this eight year process.

After Oprah asked if her team would do the same for Mrs. Trump, FLOTUS Michelle replied:

My team will do whatever they need to help them succeed.

That was the first blowback, because you think, 'Wow, that is so not me.' But then you sort of think, well, this isn't about me. This is about the person or people who write it. You start thinking, 'Oh, wow, we're so afraid of each other.' Color, wealth--these things that don't matter still play so much of a role in how we see one another.