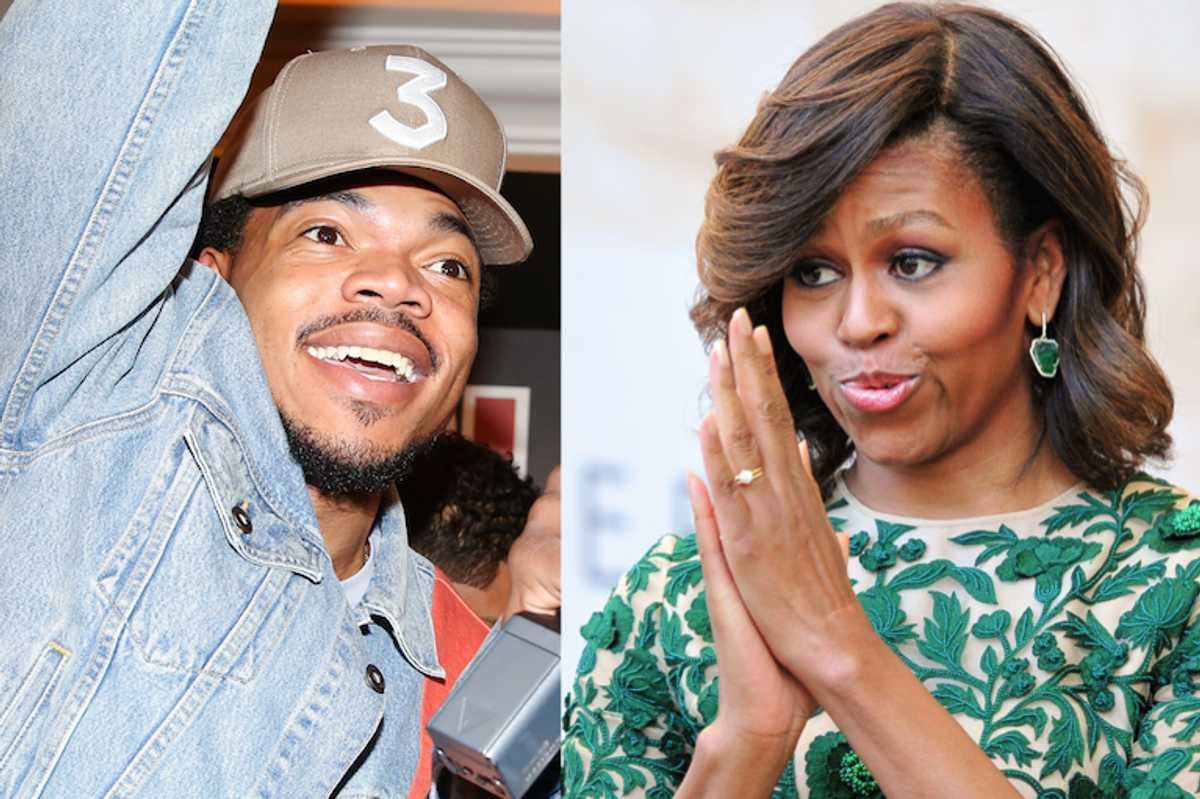 Yesterday, Chance the Rapper announced he would be donating a million dollars from ticket sales to Chicago Public Schools citing that the states children "should not be held hostage because of political positions." He also updated his website with a link to donate.

This good doing caught the attention of our former FLOTUS, who commended Chance on his commitment to Chicago.

"Thanks @chancetherapper for giving back to the Chicago community, which gave us so much," she tweeted. "You are an example of the power of arts education."

Thanks @chancetherapper for giving back to the Chicago community, which gave us so much. You are an example of the power of arts education.
— Michelle Obama (@MichelleObama) March 6, 2017

Chance's philanthropy comes he discussed public funding with Govenor Bruce Rauner earlier this week, which according to the rapper "did not go as it should." He later addressing the meet in a press conference during which he yelled "Gov. Rauner do your job!"