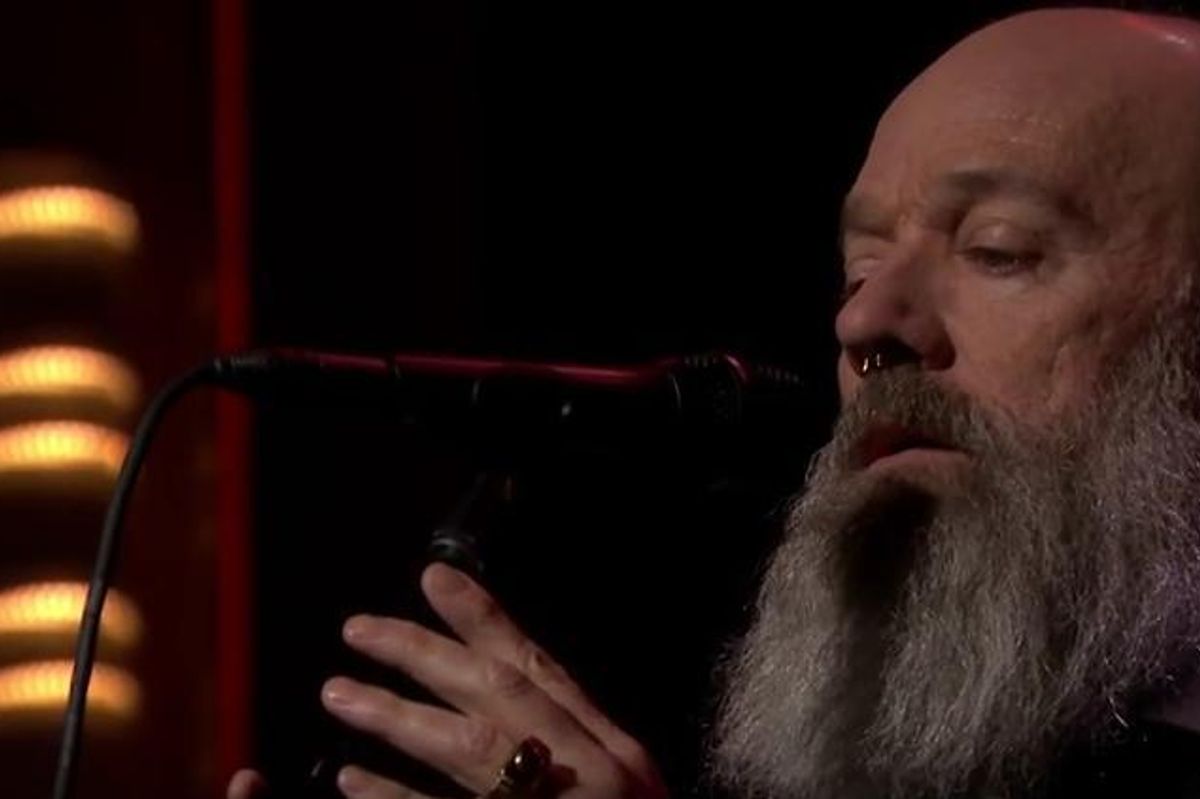 R.E.M. frontman Michael Stipe graced the stage on The Tonight Show with Jimmy Fallon, performing a devastating cover of David Bowie's classic 'The Man Who Sold the World.'

Looking v. Nostradamus in his substantial (and a septum ring, hey, girl!) Stipe, accompanied by a simple piano, coos the words to the track.

In the past, the song was famously covered by Nirvana in their legendary MTV Unplugged special.

Stipe will be featured in both nights of the sold-out David Bowie Tribute concerts in New York, taking place at Radio City Music Hall on Friday (April 1st).

Here are all the confirmed musicians performing: