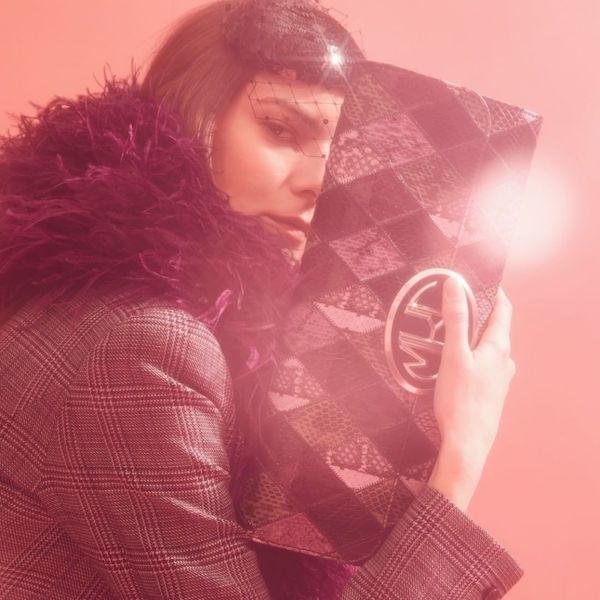 Kristen Bateman
13 February 2019
This morning, Michael Kors showed his fall 2019 collection on Wall Street. It was essentially a tribute to disco dressing and nostalgic moments that felt very of the moment. The show notes described it all as, "New York: The Melting Pot of Style," and also referenced Bill Cunningham's sidewalk stars, the Russian Tea Room, Studio 54 and a bevy of other New York centric scenes from the glamorous 1970s. Here's everything you need to know about the fall 2019 show.

Kors took inspiration from Studio 54 both literally and conceptually. The designer showed pieces on the runway that could have easily been chosen by one of the cool dancing divas of the era (Bianca Jagger et al). He also created puffer coats and bags that used the licensed Studio 54 logo.

As per usual, the show was a highlight because of the models who walked. Gigi Hadid opened the show wearing a chic belted blazer and headpiece. The iconic Patti Hansen also walked in the show along with a favorite of PAPER, Alton Mason.

Adding to the nostalgic effect, Barry Manilow took the stage to sing "Copacabana," his 1978 hit. Another throwback to add to the list? Micheal Douglass attended the show (star of the 1987 Oliver Stone film Wall Street). The fall 2019 show, rather coincidentally or not — happened to take place on Wall Street.

There was a heavy mix of contrasts within the collection. Chunky snakeskin platform boots were paired with ditsy floral dresses and cable-knit cardigans. Fringe bags, sequin beanies and marabou scarves collided with practical pieces such as plaid blazers and black puffer jackets.

Sequins dominated and gave way to a distinctly disco styled show. Paired when fishnets and glittery Mary Janes, these looks also had a hint of show girl aesthetics.