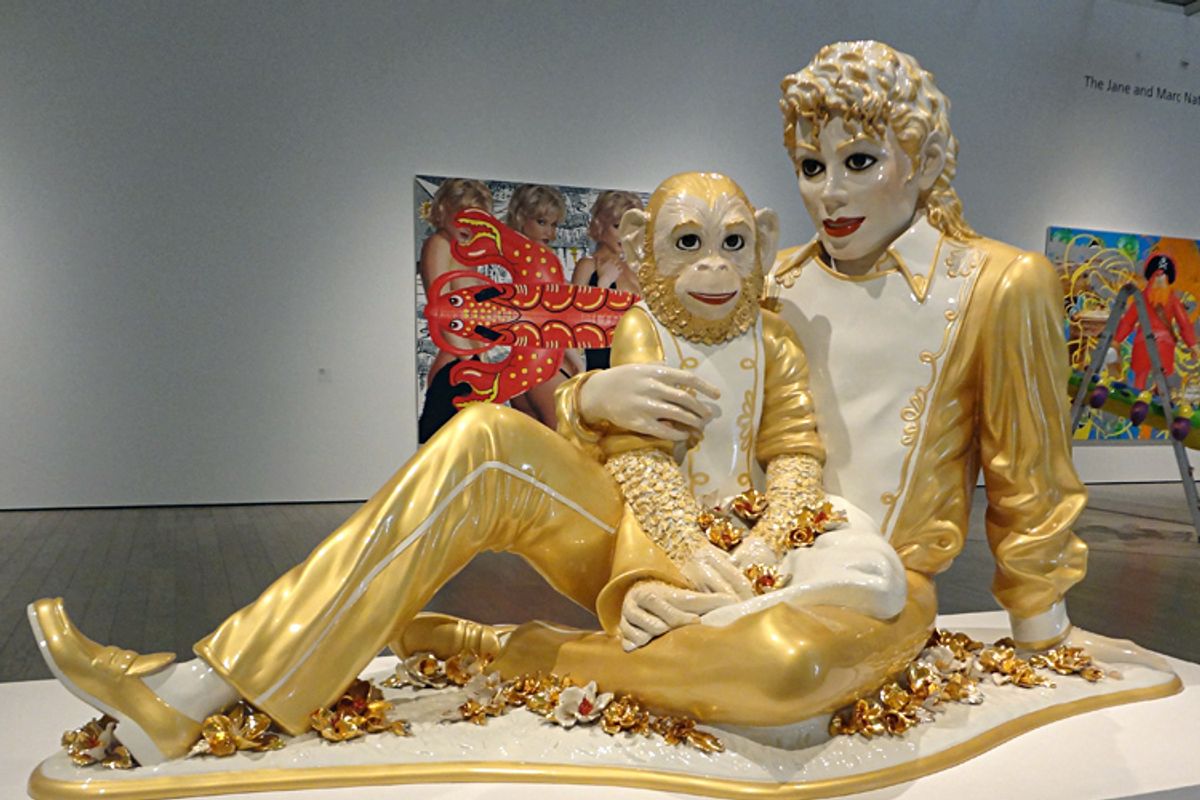 The Black List--a collection of all the best unproduced screenplays floating around Hollywood purgatory--released its 2015 Best Of list, and the winner?

A biopic-ish called Bubbles, written about Isaac Adamson, about the beloved chimp of the late Michael Jackson, whom he adopted in 1983.

According to the Hollywood Reporter, Bubbles takes a sort of surreal approach, with the chimp narrating his own life "within the King of Pop's inner circle through the scandals that later rocked Jackson's life and eventually led to Bubbles' release."

The real Bubbles lived life that was just as much of a fever dream as the script's amazing plot sounds: he lived in a crib on Jackson's Neverland Ranch, used toilet, and ate candy.

His unconventional captivity led him to grow aggressive as he matured, and soon became unable to coexist with humans.


Fortunately, he was moved away from the insanity to a trainer in California, and then to Florida, where he has lived peacefully since 2005.

His most recent spotlight came with Michale's ghoulish sister, La Toya, visited him in 2010 for a particularly depressing segment of Entertainment Tonight.


Can you imagine someone like Spike Jonez directing this movie?


All the Oscars for Bubbles, please.