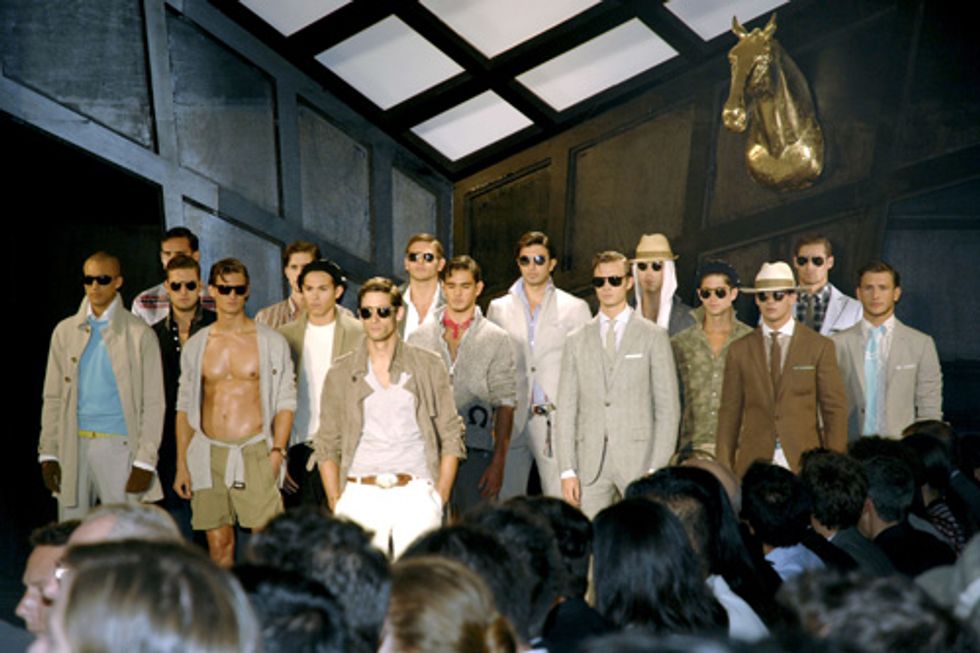 With Juan Martín del Potro’s machine gun forehand leading him to victory at last night’s US Open, how very appropriate it was that yesterday’s Michael Bastian show at Exit Art proved to be a three act match, and a great one at that, spanning a romantic Iberian/Latin American aesthetic that could be called Basque utilitarian chic -– with all the edge and masculinity that this term entails. Having traded in their boxing gloves -– and, perhaps, weaponry -– for the linen Kerouac jackets and light gray cotton suits of the two time CFDA Menswear Designer of the Year Nominee, the models seemed to evoke one part boxer Pascual Pérez, one part el Presidente Juan Peron.

Bastian’s great skill was in the details, from the fine black piping around a soft blue corded jacket, to the Stubbs & Wooten for Michael Bastian shoes that stormed down the runway. An underlying theme of militarism, witnessed in several collections this season, could be seen in Bastian’s camouflage shorts, Gaucho cardigans, and army-grade pockets. But for any designer to create a natural linen pullover best described as foreboding takes more than masterful tailoring or exacting proportions, both of which Bastian’s collection has. It takes real cojones.