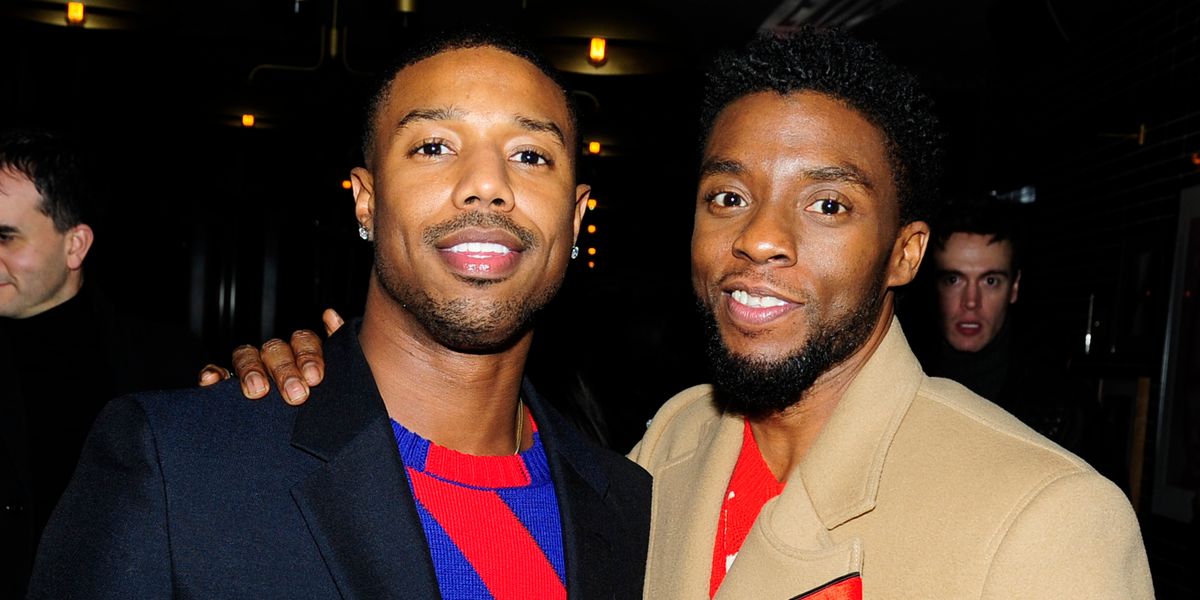 Michael B. Jordan has posted a heartfelt message to Chadwick Boseman after the actor passed away on August 28, at the age of 43, followin a four-year-battle with colon cancer. The two actors played adversaries in Black Panther but, off-screen they were close friends. Jordan took to Instagram to explain their bond, his feelings and Boseman's impact on his career.

"One of the last times we spoke, you said we were forever linked, and now the truth of that means more to me than ever," Jordan wrote. "Since nearly the beginning of my career, starting with All My Children when I was 16 years old, you paved the way for me. You showed me how to be better, honor purpose, and create legacy. And whether you've known it or not... I've been watching, learning and constantly motivated by your greatness."

He continued, "Everything you've given the world... the legends and heroes that you've shown us we are... will live on forever. But the thing that hurts the most is that I now understand how much of a legend and hero YOU are. Through it all, you never lost sight of what you loved most. You cared about your family , your friends, your craft, your spirit. You cared about the kids, the community, our culture and humanity. You cared about me. You are my big brother, but I never fully got a chance to tell you, or to truly give you your flowers while you were here."

In the last paragraph of his entire message, of which is punctuated with the repeated desire "I wish we had more time" after each stanza, Jordan explained how Boseman's death impacted his view of life. "I'm more aware now than ever that time is short with people we love and admire," he wrote. "I'm gonna miss your honesty, your generosity, your sense of humor, and incredible gifts. I'll miss the gift of sharing space with you in scenes. I'm dedicating the rest of my days to live the way you did. With grace, courage, and no regrets. "Is this your king!?" Yes . He . Is ! Rest In Power Brother."

Jordan's touching message was the latest to come from former co-stars, fans and celebrities that paid tribute to Boseman's memory. Angela Bassett, who starred with the late actor in Black Panther, revealed in a touching tribute post that she first met him at Howard University when she received an honorary degree. "This young man's dedication was awe-inspiring, his smile contagious, his talent unreal," she wrote. "So I pay tribute to a beautiful spirit, a consummate artist, a soulful brother."

Check out Jordan and Bassett's tribute posts up above.