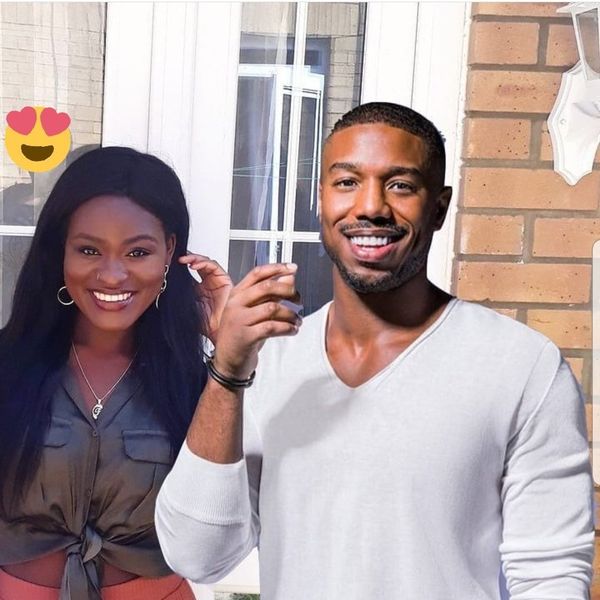 This Woman Manifested Meeting Michael B. Jordan Into Reality

The internet can be a powerful force of nature. This past weekend saw Twitter reunite two childhood best friends in a wholesome heartwarming display that seemed to defy all odds. Even though the social media site is over a decade old now we have still only unlocked a fraction of its potential, but it looks like that people may already be capitalizing on this newfound power.

Twitter user, Bolu Babalola, capitalized on the meme-power of the past weekend's reunion of two friends to try and bring movie star Michael B. Jordan together. And the wild thing is that it actually worked!

Posting a badly Photoshopped picture of the two together with the caption "I met this guy on holiday this summer-we had such a great connection but I changed my number and we lost touch," she implored Twitter to "do your thing." While the backstory may have been manufactured, the events that unfolded managed to manifest Babalola's fantasy into reality.

Attending a Q&A for the upcoming film, Creed II, starring Jordan, Babalola decided to shoot her shot and take a chance. Jordan, who had been aware of the viral post, responded by saying that the two absolutely had to get a photo together.

What once started as fiction, finally came full circle into reality. To see Babalola manifest this meeting into reality and proves that memes can be an effective tool in meeting your celebrity crush. Move over The Secret and The Power of Positive Thinking, memes are whats actually getting things done around here.