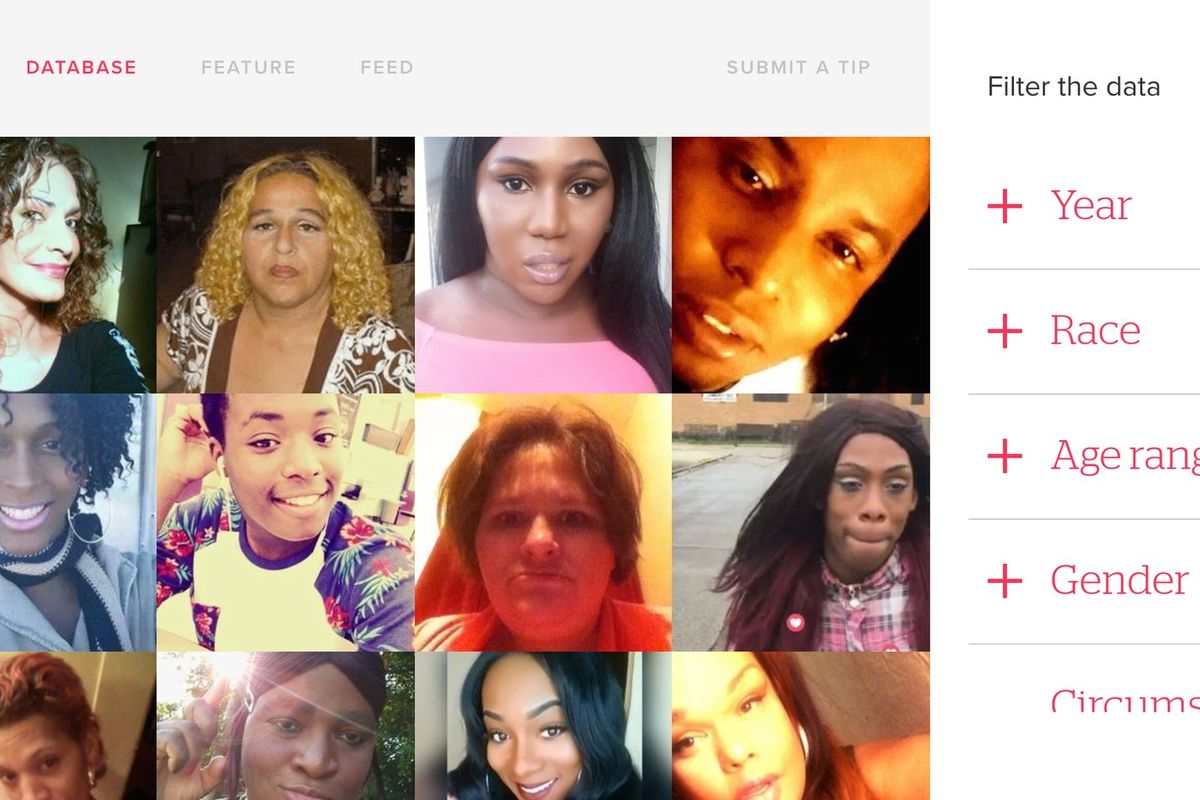 Yesterday, Mic unveiled an incredibly important new database meant to document "unprecedented" violence against transgender people. A project made with NYC's Anti-Violence Project, "Unerased" is a self-guided database that allows users to learn more about any of the 100+ murdered transgender people -- and the site says they are committed to continuously updating and expanding the database.

"Unerased" is an essential tool illustrating how dangerous it actually is to be a transgender person, especially when you take into account that trans people are the most-targeted LGBTQ group when it comes to hate crimes. According to the accompanying feature, black transwomen are especially susceptible, with Mic reporting that if everyone had the same risk of murder of black transwomen, the American murder rate would go from 15,696 to 120,087.

The feature also highlights the shortcomings of the American legal system when it comes to dealing with trans-related homicides, as well as other government databases, which means the tracking of trans-related hate crimes is more difficult because all the information is decentralized. As such, Mic hopes that this project will be a big resource for activists, allies, academics and more to ensure that these hate crimes are documented, and subsequently remembered. Check out the entire database and feature here.