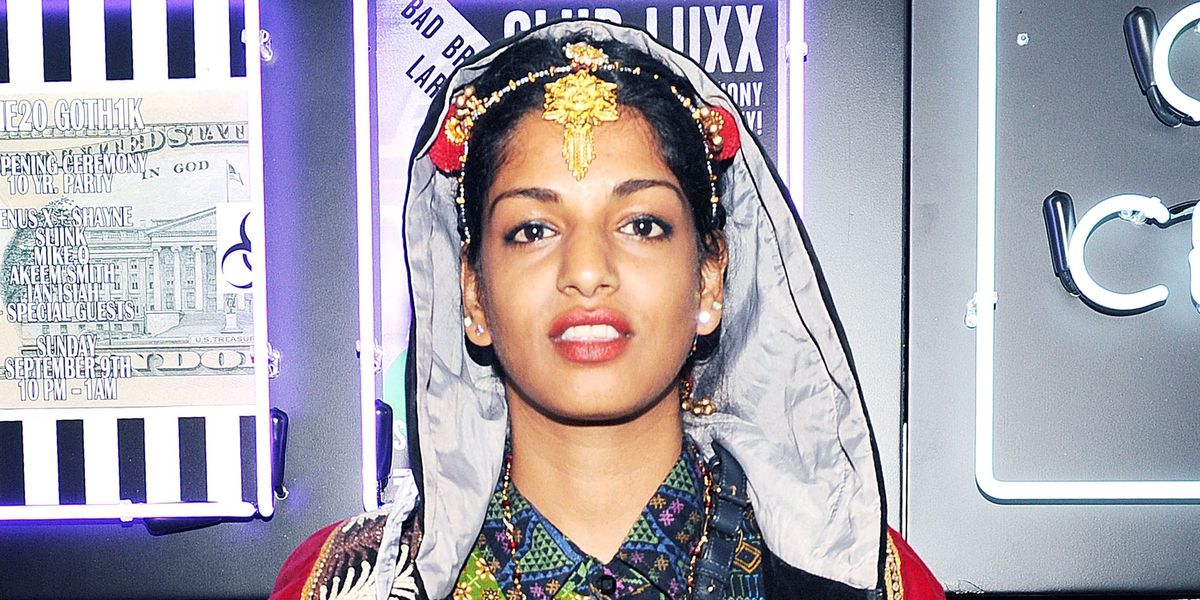 M.I.A. Threatens To Leak Her Album

"I hate it when big American artists take...refugee sentiments from my work before it's released."

Earlier this morning, M.I.A. threatened to leak her forthcoming fifth album via Twitter.

Expressing frustration with people telling her to "'FIGHT UR OWN BATTLE', 'NOT YOUR MULE' REFUGEES GOT THEIR PLATFORM ETC," as well as the fact that she feels like some of the ideas from her album have been co-opted by other "big American artists" before her work's even been released, several fans speculated she was referencing Drake, despite the Canadian rapper never voicing an opinion on the refugee crisis.

This also follows an earlier incident back in May when the rapper Periscoped a new track and said she'd be willing to leak her own album, especially since there were already undercurrents of her relationship with Interscope going south.

I hate it when big American artists take from me and my work and refugee sentiments from my work before it's released - survivor !!!
— M.I.A (@MIAuniverse) July 11, 2016

SO ON THE VERGE OF LEAKING THIS LP - ESPECIALLY WHEN I GET TOLD TO "FIGHT UR OWN BATTLE" , "NOT YOUR MULE" REFUGEES GOT THEIR PLATFORM ETC
— M.I.A (@MIAuniverse) July 11, 2016