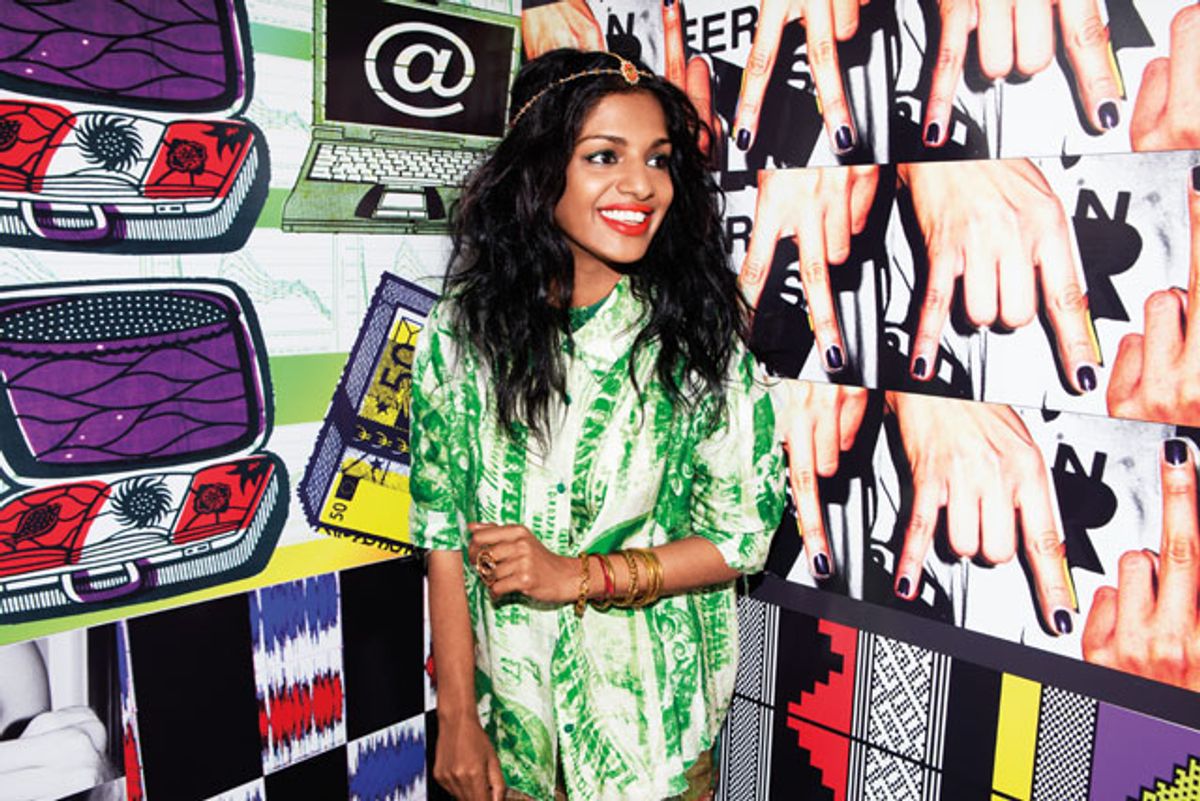 M.I.A. got candid in a new Periscope sesh, chatting about her highly anticipated new LP, and collaborations with other artists.

Sitting in the back of an Uuuuu-bah (said in MAYA British accent), the musician confirmed that the untitled album will probably be out in July.

While reading her feverish fan chat, M.I.A. revealed she and Rihanna were apparently going to work on music together, but they could not find the time, since Bad Gal is touring in the U.S., and Miss Maya seldom leaves the UK.

UGH WHAT COULD HAVE BEEN.

When asked if she's listened to Drake's new album, she admitted, "Only half of it; I need someone to download the rest for me."

She also parsed some other hopeful collabs, including Azealia, Arca, FKA Twigs; the rapper said she would love to work with Grimes (fuck. yes.) and that she MIGHT be working with Zayn.

Thankfully, she teased a new song at the very, very end of the clip; it sounds stellar as fuuuuu.