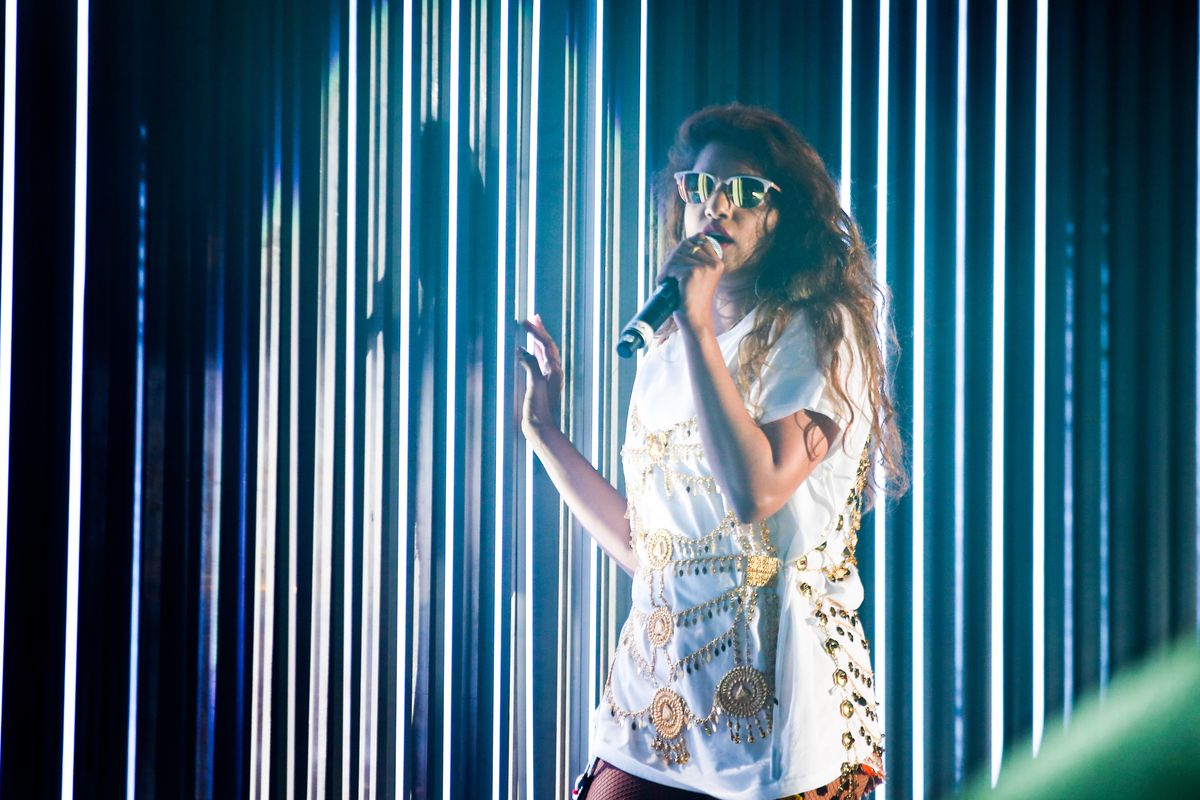 This Friday, the exceedingly competitive 2020 music release landscape is about to get a lot fiercer; one of the industry's heaviest hitters, M.I.A., is set to debut new material.

Four years have passed since M.I.A. last released an album, and with the turn of the decade and a short social media announcement, it's looking like fans won't have to wait another year for a new record. M.I.A. posted a teaser video to both Twitter and Instagram yesterday with the caption, "New decade exploring new platform Jan 31st."

The audio attached to the teaser video sounds like a banger straight out of the artist's peak, combining the pounding drum hits and percussive rings of "Bad Girls" and the beat drops of "YALA." While it's not clear yet what exactly the new project she's teasing will be, it hasn't stopped pop music forums from getting super amped for fresh songs. Commentors on the notorious subreddit r/PopHeads are already speculating about and discussing the nearly 20-second clip that's been circulating since the announcement. "2020 might be shit in every other way but in terms of music it's really been killing it," the top comment reads.

Stans will have to wait until Friday to find out if they're really getting the follow-up to 2016's AIM, but until then, wear out the clip to your heart's desire.