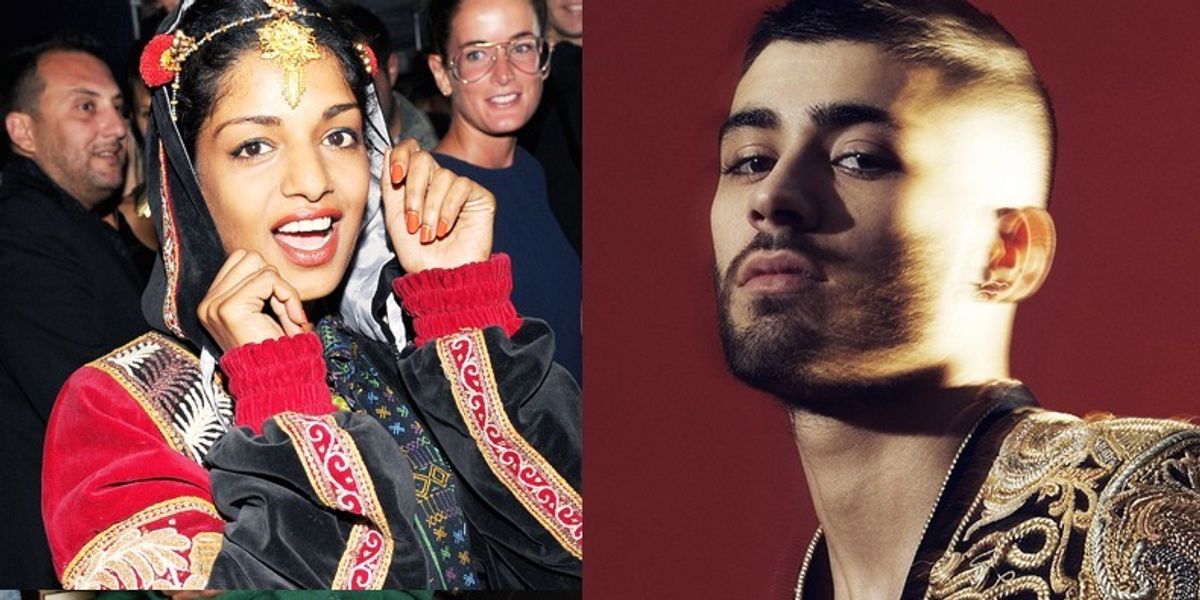 M.I.A. Will Feature Zayn Malik On Her New Album 'AIM'

M.I.A.'s highly anticipated (and possibly final) full length LP, AIM, out September 9th, is boasting some big name producers; among them is the rapper's previously estranged ex Diplo (who Maya collaborated with for some of the most well known songs in her early career).

The track "Freedun" was recorded remotely, and the rapper confirmed that it had mastered within the last few days.

The rapper will feature the singer on the track "Freedun. We just basically did it while I was here, because I've been here for a week-and-a-half. We've just been going back and forth on, you know, WhatsApp.

Those WhatsApp exchanges need to be framed and hung up in a museum.

The pair have known each other for some time, and almost worked together before:

We have the same publishers and they wanted me to demo some songs for Zayn. Before I started writing properly my own stuff [for AIM], I was thinking maybe I'll write for other people instead. I really wanted to write a song for Zayn….We had a couple people in common. And that's how it came about. I didn't really approach him for my own record until later on. First, I thought I wanted to try writing a song for him.

Back in May, the rapper, on a now-deleted Periscope session, hinted at the possibility of a creative meshing, when fans asked her to collaborate with Zayn.

She also articulated to EW that her time as a musician may be numbered, looking towards other artistic outlets, including documentary filmmaking, as well as her continued human rights activism.

I want to do someting else for a bit. I just feel like I need to spend more periods of time somewhere. When you get into music and you get into a cycle of a record, how life goes, is very fast. You don't get to just live things out and get involved with communities. I want to spend some time in Greece, make a documentary [there]. Something useful for a bit.