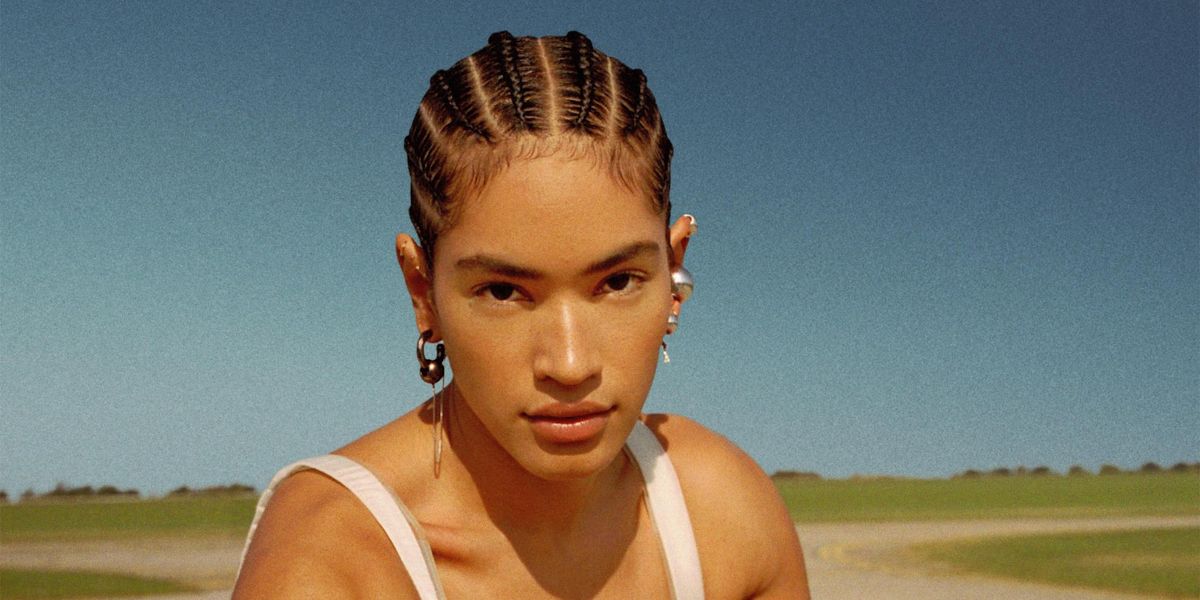 Mette, the singer, is here — ready for a new era in the front of the microphone. Today, she's releasing her debut single, "Petrified" along with a stunning music video that she's directed herself.

Mette isn't new to the entertainment industry. Born Mette Towley, she initially found prominence as the badass star of N.E.R.D. and Rihanna's "Lemon" video in 2017 (though, she'd been dancing with Pharrell for three years by that time). Following the video's success, she traveled the world with him as his lead dancer and because of her creative aptitude in her performances, she's been given a slew of praises all over the internet. She's also appeared in film roles such as in 2019's Hustlers.

In the midst of all this though, Mette was, unbeknownst to the general public, hitting the studio at night to work on another area: music. "I remember I heard a lot of 'No's' when I was younger and I internalized a lot of that," she says about her decision to pursue music. "I now realize I've been hiding this dream for so long that it's like, okay, we need to move forward in authenticity. Music is my first love — period.'"

Thus comes "Petrified," a break-up song that is an ode to her past and the culmination of two years in the studio at night working to better her craft. In its accompanying video, Mette clings for dear life to someone driving a quad bike as it speeds and does wheelies on an airport runway. According to Mette, it's inspired by reality. "I saw a video of a woman doing this on Instagram and I just thought, if that isn't me clinging onto my destiny for real life," she said.

"Petrified" looks to be the first piece of what could be a larger body of work. In a press release, Mette is revealed she's working on making "a rich creative universe." About the project, Mette explains the importance of being physical. "That's my access point," she says.

Check out Mette's "Petrified video, up above, and stream it, below.