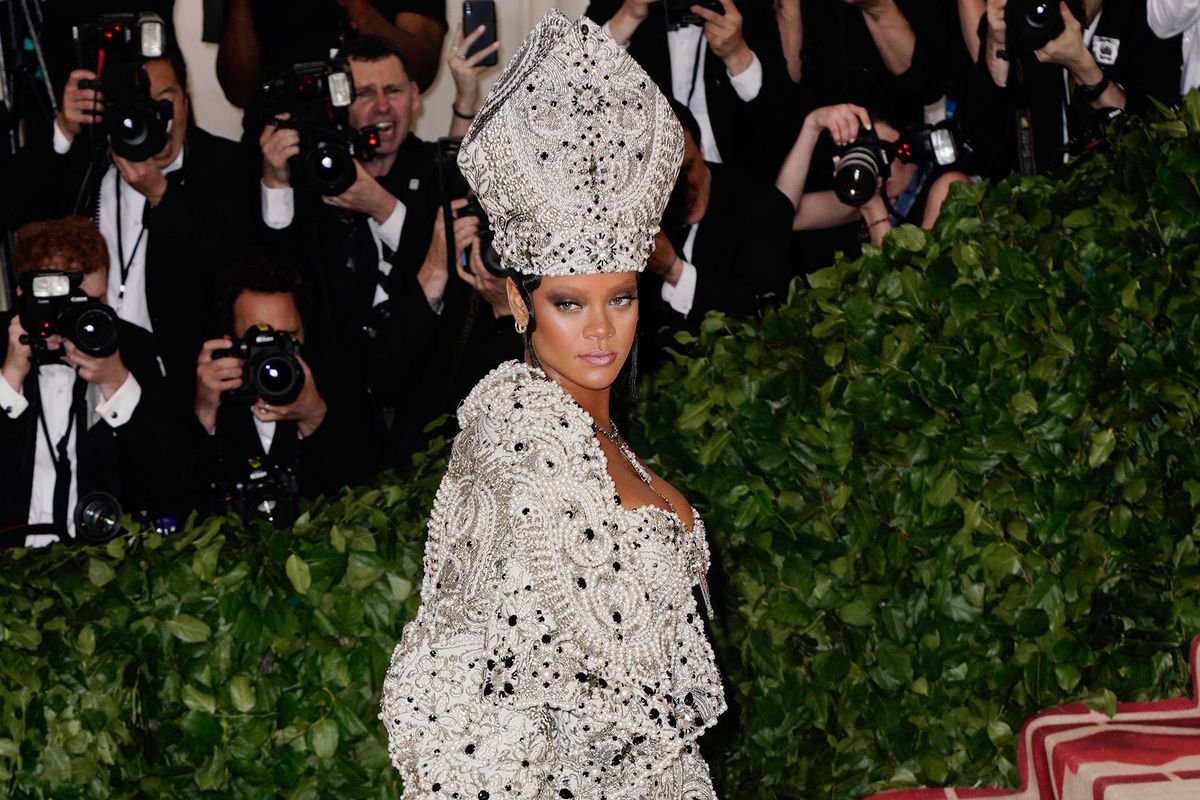 After a record-breaking run (over 1.3 million visitors) with Heavenly Bodies: Fashion & the Catholic Imagination, the Metropolitan Museum of Art's Costume Institute has decided to venture in the opposite direction. The institution's 2019 exhibition, titled "Camp: Notes on Fashion," (a play on Susan Sontag's 1964 essay "Notes on Camp") will explore fashion's obsession with theatrics as a reaction to popular culture.

"We are going through an extreme camp moment," Costume Institute curator Andrew Bolton said in conversation with The New York Times, noting that the genre, often discounted as frivolity, is an important political tool, especially for marginalized people. "Whether it's pop camp, queer camp, high camp, or political camp — Trump is a very camp figure — I think it's very timely." ​

The two-part show — one focused on the origins of camp, the other on contemporary designers' interpretations of it — will feature 175 pieces including paintings, illustrations, sculpture, and of course garments both extent and modern. Designed by Belgian scenographer and lighting designer Jan Versweyveld, who's best known for creating David Bowie's "Lazarus," the exhibition will be unveiled on May 6, 2019 at the annual MET Gala.