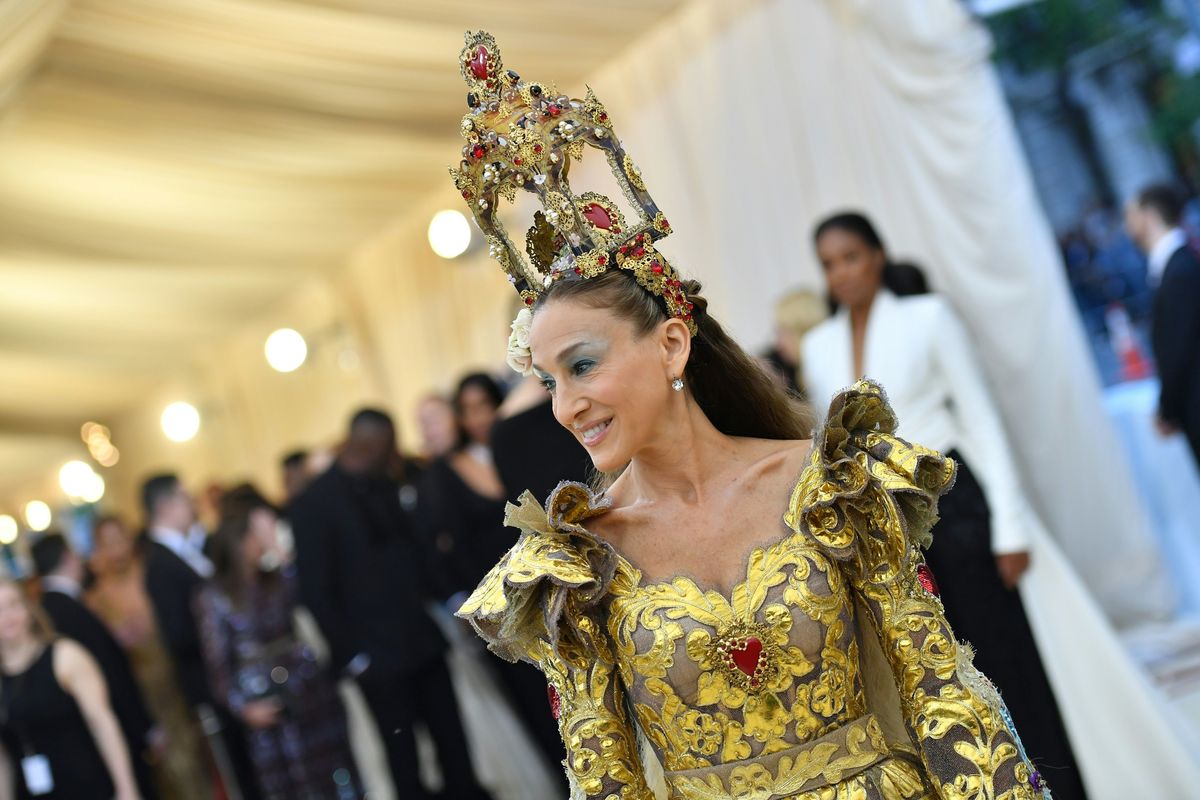 This year, the stars brought it to the Met Gala red carpet in a major way. The Catholic theme provided rich inspiration for the annual costume party, and if you felt like previous years were a snoozefest, you have another thing coming in 2018. These looks were of the most over-the-top we've seen at the Met Gala, and surprisingly, many of the celebs stuck to the theme.

Crosses and headpieces and long dress trains dominated the carpet, but it's Katy Perry's angel wings that really got everyone's attention. The "Dark Horse" singer was one of this year's hosts, so it made sense that she'd arrive in a serious look, but was anyone prepared for that seraphim situation?

Blake Lively's exquisite gown reportedly took several hundred hours to create. The exquisite beading on her corset bodice and scarlet train is truly magical, and looks like something out of a Renaissance painting. Zendaya looked like a Medieval princess knight, ready to slay red carpets and take no names; she also showed off a new red bob haircut. CAN YOU BELIEVE?

Two of our faves, Lena Waithe and Cardi B, made their first appearance at the Met Gala into a Moment. Cardi showed up with her pregnant belly in tow, rounded out gracefully by Jeremy Scott's Moschino pearl-covered gown. The pride of the Bronx did not disappoint — she looked genuinely stoked to at the Met Gala, flashing her signature megawatt smile. Waithe, for her part, reminded us that the Catholic Church has historically been abusive to LGBTQ+ people, by wearing a long Pride flag cape. Both were flawless, and both better return to the Meg Gala next year.

Rihanna, of course, dazzled us all in Galliano, in a jaunty jacket silhouette topped with a Pope's crown. She is now our newest Rihligious icon, everyone else can go home. Jennifer Lopez also stunned in Balmain; her beaded gown looked like it was made out of stained glass. Her feather train perfectly complemented the large cross on her bodice, but it's that leg slit that really took it to the next level.

If anyone took the theme to it's most extreme, it would be Sarah Jessica Parker, a perennial fashion risk-taker. This time, she wore a damask-printed gold gown with an exaggerated train. But what really got people talking was the full-on nativity scene in her hair. Like, a tiny inn with little Jesus figurines, housed in an open gold crown that looked like a reliquary. She did the absolute most.

Back to Perry, though. Okay sure, the angel wings were the obvious part of her outfit, but that's where it stops. Rather than wear an angelic white gown with the wings, she went full-on glamazon with a fishnet overlay and a gold mini dress. Bright gold thigh-high boots made her look more like Cupid's best thotty self, and we are living for it. She took a classical idea — the guardian angel — and made it into a fashion moment by embracing sexiness. If there is a GOAT for the Met Gala 2018, it would undeniably be Perry. Let us all light prayer candles in her honor.