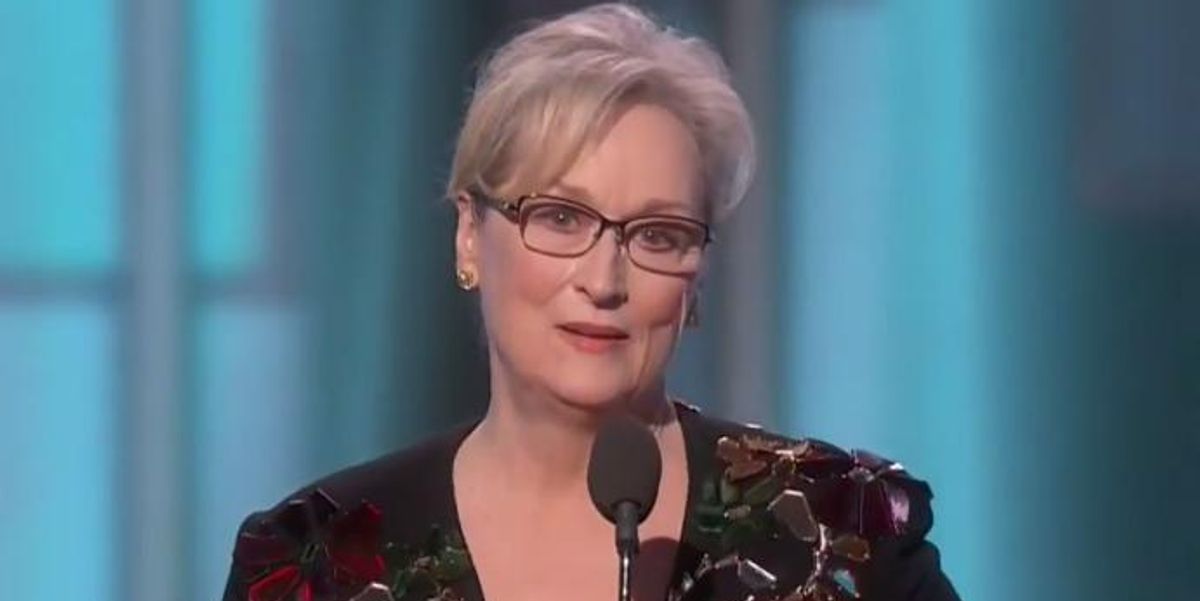 UPDATE: President-elect Trump responded to Meryl Streep's speech...exactly how you'd imagine him to:

Meryl Streep, one of the most over-rated actresses in Hollywood, doesn't know me but attacked last night at the Golden Globes. She is a.....
— Donald J. Trump (@realDonaldTrump) January 9, 2017

He tried to worm him way out of fault for what he did: bully and mock a disabled reporter:

Selective memory! Soon, his supporters will deny that disgusting moment even existed.

Here is a video of that disgusting moment, if you need a refresher:

He continued his tantrum:

"groveling" when he totally changed a 16 year old story that he had written in order to make me look bad. Just more very dishonest media!
— Donald J. Trump (@realDonaldTrump) January 9, 2017

Trump reiterated this to the New York Times, his favorite publication.

Accepting the prestigious Cecil B. Demille Award at tonight's 74th Annual Golden Globes, living legend--and arguably the greatest actress of all time--Meryl Streep gave a truly astonishing and incredible speech. Meryl was introduced by the ever-glorious and supernaturally talented Viola Davis (who'd just won Best Supporting Actress for her role in Fences) who gave a transcendent original speech on how Streep has influenced her own acting.

Hoarse-voiced from an emotional weekend (just Friday, she performed a song at the memorial service of her dear, late friend, Carrie Fisher and Fisher's mother, Debbie Reynolds) not only does Streep eloquently call out President-elect Trump for his vicious bullying, she reaffirms the importance of art and the freedom of press, now more than ever, as Trump's regime looms closer with each day.

Her words are direct, gorgeous, chilling, and mournful. Which is completely necessary for right now.

Watch the full speech below.